We'd reckon more than a few HotHardware readers are parents. How would you feel if you bought a singing toy for your kids and it suddenly started belting out curse words and singing about cocaine and depression? Putting aside the fact that most parents would likely rather not buy their kids noisy toys, you'd probably be pretty annoyed.

That's exactly what happened to Ania Tanner, a grandmother from Brampton, Ontario, who purchased a "Dancing Cactus Toy Talking Cactus Twist Dance Lighting Tongue Learning Toy Lightweight And Portable Toy" from Walmart. The Chinese-made toy lights up, wiggles around, and can "sing" songs in English, Spanish, and Polish.

Well, as it happens, Mrs. Tanner speaks Polish, and upon listening to the lyrics of one of the songs embedded in the toy, she was aghast to hear lyrics saying "the only thing in my head is 5 grams of cocaine" and other graphic, adult statements. Speaking to CTV News Ontario, she said "when I started to listen to the songs and heard the words, I was in shock. I thought 'what is this, some kind of joke?" 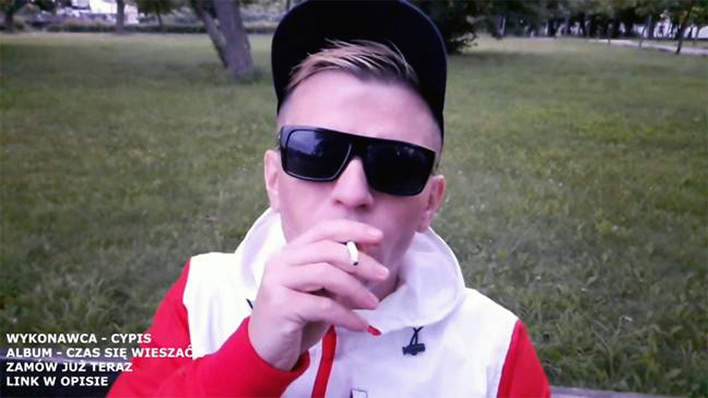 The vulgar song is actually a track called "Gdzie jest biały węgorz?" by Polish rapper Cypis. The title translates directly to "Where is the white eel?". The song is a depressing chronicle of a penniless cocaine addict's desperate search for more drugs as he sinks into withdrawal, full of vulgarity—and certainly not the kind of thing most parents would want their kid listening to. You can check out the song with English-translated lyrics on YouTube, but do be advised of the explicit content therein.

Of course, given that the toy was being sold in the US, Canada, Taiwan and Western Europe, it's pretty unlikely that most of the buyers would even realize that the song was in Polish upon hearing it, much less understand the entirely-Polish lyrics. The toy has actually been for sale on Walmart's website for months, and while we couldn't verify this for ourselves (as the listings have been removed), CTV News reports that there were already numerous complaints about the content of the toy's "singing" on Walmart's item listing page.

How the song got into the toy is (and will probably remain) a mystery, but we might be able to shed some light on the matter. Cypis' song actually came out back in 2015, and was a minor hit. It attained strong notoriety almost overnight in the middle of last year when it was used in a great number of internet memes, usually paired with a simplistic GIF animation of a dancing cow. You can find dozens of them yourself by simply searching "dancing Polish cow" on YouTube.

These memes often reflected the nihilistic "doomer" aesthetic, and were quite popular among a certain segment of the internet—even though most of the people making and sharing the memes probably had no idea what the song was about, themselves. It seems likely that the Chinese vendor of the dancing cactus toys simply selected the song due to its trending popularity last year.

For his part, Cypis says he's going to try and take legal action against the manufacturer of the toys, as the use of his song was totally unlicensed. As the manufacturer is based in mainland China, well, good luck with that, lad. In the meantime, Walmart has pulled the products.