Electronic Arts seems to have learned something over the weekend—people do not like to be bombarded with ads, particularly in the middle of a video game they paid $60 to play. Seems like that lesson would fall into the 'common sense' category. Not for EA, apparently, which reversed course after immense blow back on the web.
Everything about the execution on this one stinks of greed. To start with, according Reddit user Ydino, who uploaded a video of the in-game ads in EA Sports UFC 4, the publisher added them "a month after [the game's] release so it wasn't talked about in reviews." While we can't say for sure, that would suggest a calculated decision on EA's part, to avoid negative press about something it knew would not be received well. Or maybe it's just a coincidence (suuuuure).

Secondly, these are sometimes full-screen advertisements (or nearly full-screen, anyway). The aforementioned video clip is only 27 seconds long, yet has two instances of an Amazon Original ad promoting "The Boys" on Prime Video that take up almost the entirety of the screen, and one more instance where it pops up in a smaller window. Have a look... 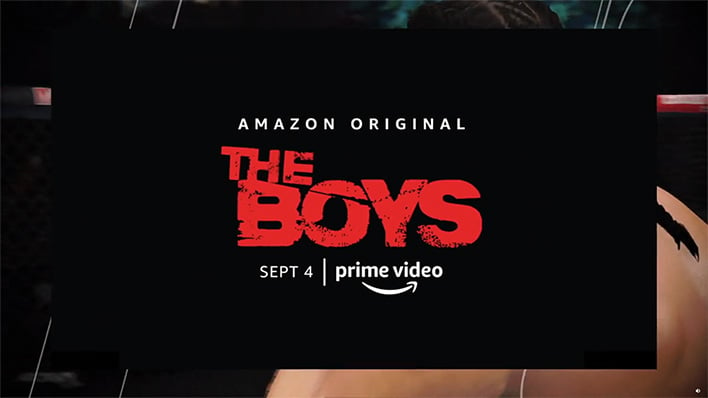 This is in addition to having the same ad printed on the octagon's floor, along with other ads around the ring (which are consistent with the real-life octagon).
The discussion on Reddit has garnered nearly 92,000 up-votes so far, and over 3,800 comments. It prompted EA to issue an explanation and an apology, saying it has heard the feedback and subsequently decided to remove the ads from the game. Here is the statement in full...

"I’m part of the Community team here at EA and I wanted to post here and give you all an update on this situation. Earlier this week, the team turned on ad placements in EA Sports UFC 4 that appeared during the 'Replay' moments in gameplay. This type of advertising inventory is not new to the UFC franchise, though we have typically reserved displaying ads to specific main menu tiles or Octagon logo placement. It is abundantly clear from your feedback that integrating ads into the Replay and overlay experience is not welcome.

The advertisements have been disabled by the team and we apologize for any disruption to gameplay that players may have experienced. We realize that this should have been communicated with players ahead of time and that’s on us. We want to make sure our players have the best possible experience playing EA Sports UFC 4, so ad integration in the Replay and overlay experience will not be reappearing in the future. Thank you for your continued feedback on EA Sports UFC 4."

This is not the first time EA has found itself in hot water with gamers. Several years ago, EA became the first company to 'win' Consumerist's poll of "Worst Company in America," having done so in 2012 and 2013, largely because of the controversial ending in Mass Effect 3, and EA's penchant for microtransactions and loot boxes.
That said, EA also has a bunch of hit franchises on its hands, such as Apex Legends, the Battlefield series, Madden NFL, and so forth.