Electronic Arts’ Battlefield V has been rife with controversy ever since it launched, but a new uproar is brewing, and it has to do with the Linux community. But you may ask, what the heck does Battlefield V have to do with Linux, as it is a Windows-only game? Well, therein lays the controversy.

Some Linux gamers are so adamant about playing Battlefield V on their systems that they are using WINE in conjunction with DXVK to run the game in an emulated mode.  DXVC in essence enhances WINE to further improve DirectX performance and compatibility. But this same trickery used to run Battlefield V on Linux systems has run afoul with Electronic Arts’ anti-cheat protocols enabled for the game.

More specifically, the anti-cheat system is picking up on the DXVC DLLs, and is classifying them as game modifiers. As first noticed by Bleeping Computer, a number of gamers over on the Lutris Forum reported that recently, out of nowhere, they were permanently banned by EA for “cheating” and were trying to determine the reasoning for the action taken. 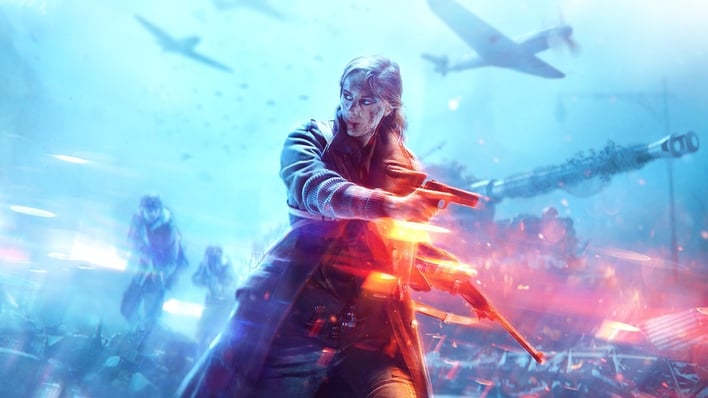 Needless to say, it didn’t take long for one member, vayn3, to reply back with an official response from EA:

Thank you for contacting us regarding the action that was taken on your account.

The action pertains to the following violation:

Promote, encourage or take part in any activity involving hacking, cracking, phishing, taking advantage of exploits or cheats and/or distribution of counterfeit software and/or virtual currency/items

What it all boils down is that while the Linux gamers may have not been “cheating” per se in an effort to gain an advantage over competitors in Battlefield V, the very nature of using WINE and DXVC in Linux along with the modified DLLs gave the very appearance of modifying the game code – hence the cheating label. In the end, it was a risky move for these gamers, and they ended up with a permanent ban to go with the game that they rightfully paid for.

Interestingly enough, the folks behind DXVC warned about this potential outcome, writing, “Manipulation of Direct3D libraries in multi-player games may be considered cheating and can get your account banned… Use at your own risk.”

It may have taken a while for EA to properly detect and punish those using WINE/DXVC, but these gamers can’t say that they weren’t warned…