Imagine yourself inches from the pavement, travelling at speeds upwards of 200 miles per hour, taking gut wrenching turns at more than 180 miles per hour. If that sounds like fun, but you'd rather do it from the comfort of your PC, imagine no more. Electronic Arts (NASDAQ:EA) has announced the newest game installment in the world's most popular motorsport, F1 22. With the help of popular racing game developer, Codemasters, known for their award-winning GRiD and Dirt series titles, there looks to be quite a bit of bleeding edge game tech on the way.

The trailer does not reveal much about the title, but EA has posted up a website for those excited about this latest installment in the storied franchise. The game is slated to include a bunch of new features, including a new handling mode, that will likely "feel" different than previous F1 installments. That seems like par for the course for Codemasters though, as handling and physics models are some of the major factors in what made the DiRT and Grid games so great. Another new feature will offer on-line social interaction, which EA is calling F1 Life.

F1 Life looks to be a way to easily share your commendations, collections, and accolades amongst your friends. It is likely something that will tie closely into the career mode. Of course, as with any new racing title, new tracks have been added too, most notably Miami. There are also some new immersion features like a "race day" mode, that makes it feel more like you're in on the experience of a race broadcast. 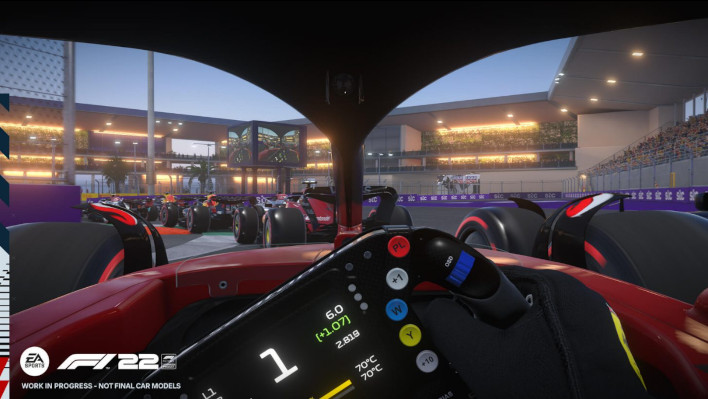 
Another exciting addition coming to F1 22 is VR support. For PC players, you will be able to utilize your Occulus Rift or HTC Vive for a VR experience that allows you to feel like you are really in the cockpit. Even better news for those who are eagerly anticipating this title, the game is already slated for release on July 1, 2022. You can pre-order now.