Google Is Reportedly Hard At Work On A Dual Screen Chromebook 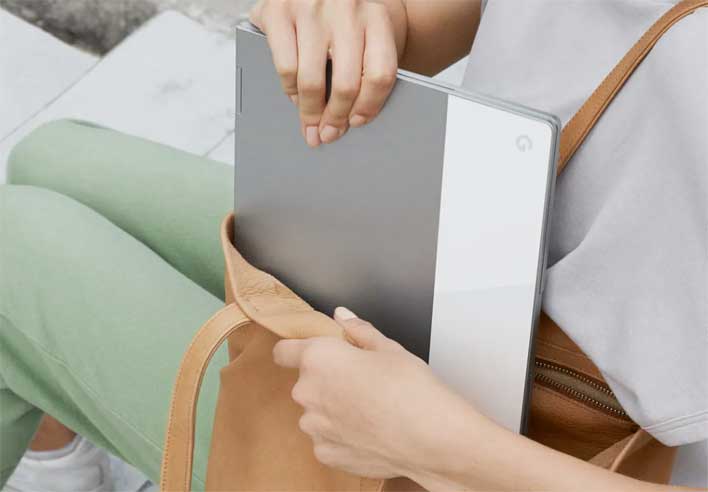 There's a lot to like about the Google Chrome OS and the lower-priced desktop and laptop devices that run it. Currently, typical Chrome OS devices look more like traditional laptops or tablets, however, that could be changing with a new rumor suggesting that Google is working on a dual-screen Chromebook.

Google's dual-screen Chromebook is reportedly code-named "Palkia." It's described as having two touchscreens and a trackpad. Dual-screen laptops aren't new, as there are Windows laptops on the market today that have a secondary screen in the keyboard area to allow users to view more content at once. Microsoft is also at work developing an operating system specifically for dual-screen devices known as Windows 10X.

Google's rumored layout would suggest that the secondary screen will be small, and the machine is likely to retain its keyboard. We do know is that while the secret device has two touchscreen controllers with one for the lid and one for the base, tablet mode is disabled. No tablet mode would mean Palkia is a clamshell only device that doesn't convert. Seemingly, that would confirm a form factor similar to the Asus ZenBook Pro Duo with a second screen above the keyboard.

The exact format that Google has chosen remains to be seen. However, fans will be disappointed to learn that developers have suggested that Palkia is a proof of concept project, and it's not an OEM device. That would mean it's not a project that Google intends to offer to consumers. We can always hope that one of the third-party Chromebook manufacturers will pick up the torch and offer a similar device.

In other Chromebook news, Google and Parallels recently teamed up to bring Microsoft Office and Windows apps to Chromebooks. This move could make Chromebook's much more appealing to business users and students alike in the future.