Dr. Disrespect Dishes On His Shocking Twitch Ban And Why He's Done With The Platform

It's been around three weeks since Herschel Beahm IV, best known by his online streaming persona Dr. Disrespect, was suddenly and shockingly banned from Twitch without any apparent warning or notice. And guess what? He still supposedly has no clue why he was kicked from the platform just two months after inking a two-year exclusivity deal. And, it does not look like he plans to return to Twitch.
Dr. Disrespect has not said much about the ban since it happened, even as rumors and speculation mounted. He was privy to it all though, noting that the whole situation has led to considerable "stress and anxiety." After all, streaming is he and his wife's livelihood, and they "worked really hard to get to this point," he told The Washington Post in an interview.
"Let’s just say I’ve felt all of the emotions that you could possibly feel," he added.
Dr. Disrespect is a hugely popular figure in the lucrative game streaming space. It seems almost unbelievable that Twitch, which is owned by Amazon, would pull the plug without a heads up, or an explanation. However, Dr. Disrespect contends he is still clueless about the ordeal.
"Honestly, we just don’t know," Dr. Disrespect said. "It was a total shock. Imagine showing up to work and the doors are closed and you can’t get inside. You’re going, ‘What’s going on?’ And you’ve been told you’ve been fired. But you haven’t been told the reason why. We just weren’t given an answer. … It was the worst feeling."
It's certainly plausible that things went down that way, especially with Twitch remaining mum on the matter whenever someone reaches out for comment. All Twitch has really said up to this point is what amounts to a canned statement, suggesting Dr. Disrespect violated the service's community guidelines or terms of service in some way. 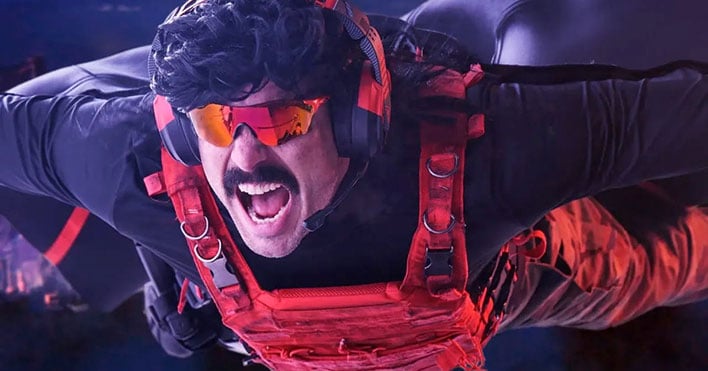 Dr. Disrespect also provided some comments to PC Gamer, saying he's eager to get back into character but has not yet decided when or how he will make a return. However, he's not interested in signing another exclusive deal, and "will not be returning to Twitch, so, I mean, that's it."
He also acknowledged being a controversial character, but says he has tried to be transparent and own up to this mistakes.
"I'm not a perfect person, I've made some mistakes. But if anybody knows me, follows me, I've stepped up and I've taken full responsibility each and every time, and behind the scenes, behind the curtains, a lot of people don't understand how much work I've put into becoming a better person for myself and my family, as well as the business," Dr. Disrespect added.
This is a curious case if there ever was one. We still don't have any answers into why the ban occurred in the first place, but at least now we know he's off Twitch indefinitely (at least as things currently stand), though he's planning to make a comeback in some way, shape, or form. YouTube Gaming, HitBox, Beam -- where will the good Doctor land next? Fire off your ideas in the comments below...