DJI is working on a new drone, which has been leaked by ANATEL, the Brazilian equivalent to the FCC. The leak included multiple images and some details from the quick start manual for the drone. According to the leaked specifications, the DJI Mavic Pro 2 will be able to fly up to 43 mph with a maximum flight time of 34 minutes. Both represent healthy increases of the original Mavic Air that we reviewed back in 2018.

Power comes from a 3500 mAh Lipo battery, and the camera attached to the flying drone is a 48-megapixel unit able to capture 4K video and along with still images. The Mavic Air 2 drone also features an obstacle sensor and intelligent flight modes. Those intelligent flight modes include ActiveTrack 3.0, Point of Interest 3.0, QuickShot, and Advanced Flight Assistance System 2.0. 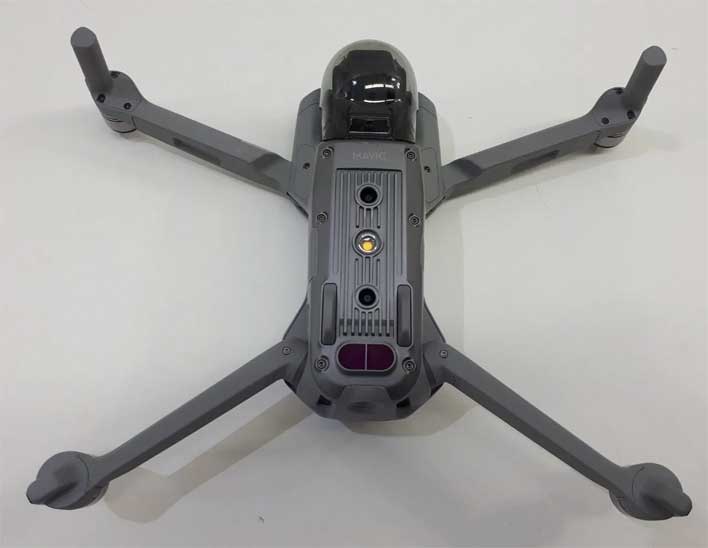 The manual promises those features make it easier to capture complex shots. One of the more interesting details that comes from the user manual is an indication that the controller will work over a distance of eight kilometers, which is nearly 5 miles. The controller has a slider on the top with a plug allowing the user to connect their smartphone to view the live camera feed, making it easier to fly over those long distances.

Like other DJI drones, this one folds into a more compact size for portability and has removable propellers. Previously, the Mavic Air 2 drone was confirmed by the FCC in the United States. DJI has also posted a video to Twitter promising an event on April 27; the assumption is this event will be the launch for the Mavic Air 2.

We lasted visited DJI in October 2019, when the DJI Mavic Mini went official with a 30-minute flight time and a price tag of $399.