We recently reported that AMD's upcoming RDNA 3-based Radeon RX 7000-series GPUs (not to be confused with their older, GCN-based Radeon HD 7000-series GPUs) will support DisplayPort 2.1. That was curious, because at the time of writing, there was no DisplayPort 2.1. Well, now there is, and lo and behold, it's actually not surprising that they support the 2.1 revision of the spec, because all 2.0 devices also support 2.1, apparently.


That bit of information is embedded right in the first paragraph of VESA's announcement. The group says that it has been "working closely with member companies" to make sure that extant DisplayPort 2.0 products were prepared to meet the "newer, more demanding" 2.1 spec. The statement is quite strong: VESA says that "all previously certified DisplayPort 2.0 products...have already been certified" for 2.1. 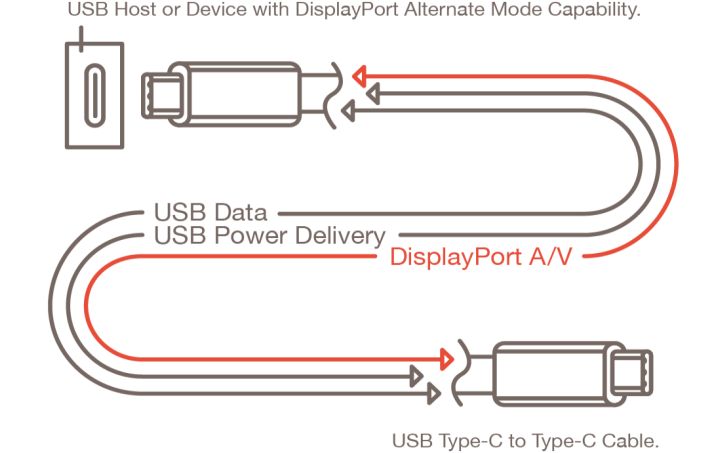 What does that actually mean? Not a lot, really. Where previous DisplayPort versions made support for Display Stream Compression optional, devices certified for DisplayPort 2.1 are required to have it. Display Stream Compression is a lossless compression method developed by VESA that drastically reduces the bandwidth required by high-resolution and high-framerate displays. Almost all DisplayPort devices, even before DP 2.0, already supported this technology, so it's not a huge change.


The real change for DisplayPort 2.1 is more of a behind-the-scenes difference. The new revision of the standard alters signaling and enables DisplayPort tunneling, both of which help the DP 2 standard align more closely with USB4. This doesn't really change much for end-users, although devices sending DisplayPort data over the same wire as USB data don't have to compromise on video signal quality anymore. Still, the revision is more aimed at simplifying the design of devices with DisplayPort Alternate Mode support, as the changes in the 2.1 standard mean that DisplayPort 2.1 and USB4 can share a PHY.
Surprisingly—given the relative lack of changes—DP 2.1 also includes an update to the cable specification. It's now possible to have 40-Gbps DP40 cables "beyond two meters" in length, while DP80 cables can reach past one meter. These cables both carry four lanes of UHBR video, at the 10-Gbps rate per lane for DP40 and at the 20-Gbps rate for DP80. While these were technically possible before, you wouldn't get VESA's certification. That could be the touch of death for a cable vendor, so it's nice to see VESA opening the door to longer cables.

All extant DisplayPort 2.0 devices are already capable of meeting the stringent DP 2.1 standard, so if you have a DP 2.0 device, congratulations! It's been magically upgraded to 2.1, just like that. Hopefully vendors take after Intel's example (and not NVIDIA's) and update to the latest standard so we can all enjoy 8K120 video sooner rather than later.