As technology and the equipment astronomers use becomes more advanced, they are continually finding new stellar evidence. This is the case with a new study out of the University of California, Santa Cruz, which has redefined the boundaries of our very own Milky Way. The new findings have revealed more than 200 of the most distant stars in our galaxy. These are more than a million light-years from Earth, nearly half the distance to our neighboring galaxy, Andromeda.

The study utilized the characteristic pulsations and brightness of RR Lyrae stars, which make them "standard candles" for measuring galactic distances. New observations gave the researchers the ability to "trace the outer limits of the Milky Way's halo." 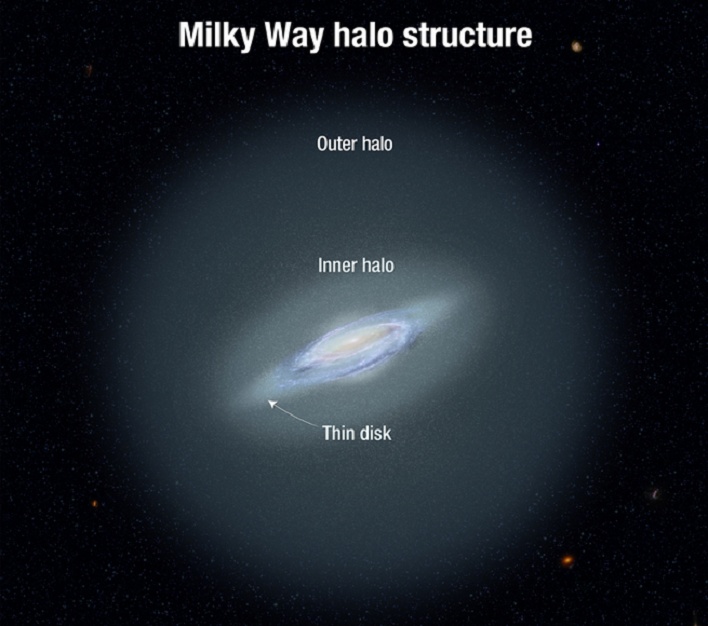 Raja GuhaThakurta, professor and Chair of Astronomy and Astrophysics at UC Santa Cruz, remarked, "Our galaxy and Andromeda are both so big, there's hardly any space between the two galaxies."

The stellar halo of the Milky Way is much larger than the disk, which is about 100,000 light-years across. Our solar system inhabits one of the spiral arms of the disk. A bulge is located in the middle of the disk, and surrounding it is the halo, which holds the oldest stars in the galaxy.

"The halo is the hardest part to study because the outer limits are so far away," explained GuhaThakurta. "The stars are very sparse compared to the high stellar densities of the disk and the bulge, but the halo is dominated by dark matter and actually contains most of the mass of the galaxy."

Previous models had calculated that the stellar halo extended out to around 300 kiloparsecs, or 1 million light years from the galactic center. However, the 208 RR Lyrae stars detected by the team at UC Santa Cruz ranged in distance from about 20 to 320 kiloparsecs. 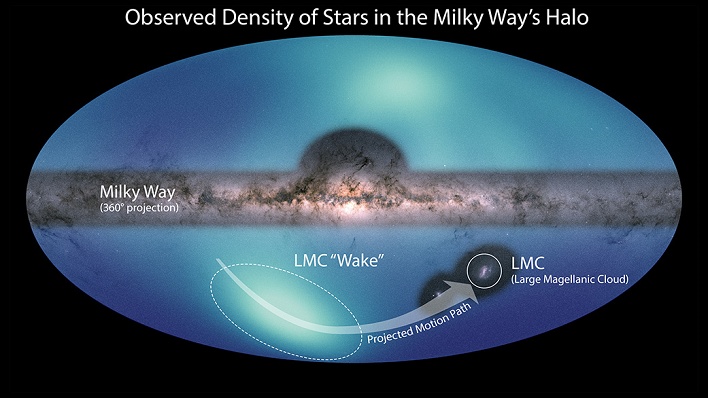 Images of the Milky Way and the Large Magellanic Cloud (LMC) are overlaid on a map of the surrounding galactic halo. Credit: NASA/ESA/JPL


"We were able to use these variable stars as reliable tracers to pin down the distances," stated Yuting Feng, a doctoral student working with GuhaThakurta at UC Santa Cruz. "Our observations confirm the theoretical estimates of the size of the halo, so that's an important result."

Feng added, "This robust sample of distant RR Lyrae stars gives us a very powerful tool for studying the halo and testing our current models of the size and mass of our galaxy."