Diablo: Immortal is set to release in just a few short days. However, fans of the series in certain countries will be unable to play the game. Specifically, Diablo Immortal will not be available in the Netherlands or Belgium due to laws that prohibit loot boxes.

An Activision Blizzard spokesperson confirmed earlier today, “Diablo: Immortal will not be available in Belgium or the Netherlands, and will not appear on Battle.net or the Belgian and Netherlands App or Google Play Stores.” It further noted the game’s inaccessibility is due to “current operating environment for games in those countries.” Players from these countries are unable to pre-register for the game.


This is a rather vague statement, but an Activision Blizzard employee provided more insight, as detailed in a customer support chat posted to Reddit.
“The loot boxes in the game are against the law in your country, so unless the gambling restrictions change, the game will not be released in the Netherlands and Belgium," the support rep noted. The rep also stated that any person from the Netherlands or Belgium who attempts to download the game may face legal repercussions or may be banned from the game. They noted that players have been banned in the past when similar situations occurred. 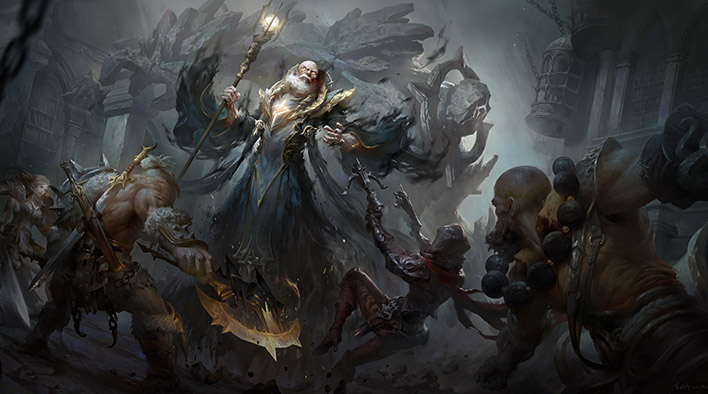 Both Belgium and the Netherlands declared video game loot boxes illegal in 2018 as they determined that they violated their gambling legislation. Belgium particularly contended that loot boxes were “dangerous for mental health,” especially for children, hence the Diablo: Immortal ban. The Netherlands Gaming Authority insisted that loot boxes “have integral elements that are similar to slot machines” and are therefore highly addictive. Companies like EA Sports have argued that its loot boxes should not be considered gambling, but both Belgium and the Netherlands have maintained their stances.

Diablo: Immortal has already faced its fair share of controversy. Players at first were deeply disappointed when Activision Blizzard announced Diablo: Immortal instead of Diablo IV. Players were also upset because the game originally was supposed to only be released on mobile. However, gamers voiced their displeasure and the game will now also be available on PC. Furthermore, players in countries besides Belgium and the Netherlands will be able to enjoy full cross-play and cross-progression support. Diablo: Immortal will come out June 2nd, 2022 for Android, iOS, and PC.