Do you know what perks are the most desirable on the Destiny 2 Legendary Hand Cannon The Palindrome? How about mediocre perks? Perks no one wants? We have the game for you. Rolldle, a Wordle Clone, tasks Destiny 2 fans with guessing certain perks and masterworks of Legendary weapons.

The information used in Rolldle is based on the website “light.gg.” Light.gg is one of the “premier [resources] to learn what's new with the latest Destiny 2 patch, find weapon god rolls, research theorycrafter recommended perks, read reviews of your favorite items (or write your own), compete on collection leaderboards, and much more.” The website is incredibly popular with Destiny 2 players.

Rolldle started out as an April Fools' prank. Afpac, the creator of light.gg, developed Rolldle in a mere twelve hours as a joke. However, the response to Rolldle was overwhelmingly positive. There were roughly three million page views within twenty-four hours and Destiny 2 players eagerly boasted about their results to fellow Guardians. Afpac was very pleased with the feedback and recently announced that Rolldle will remain available on light.gg at least for the time being. 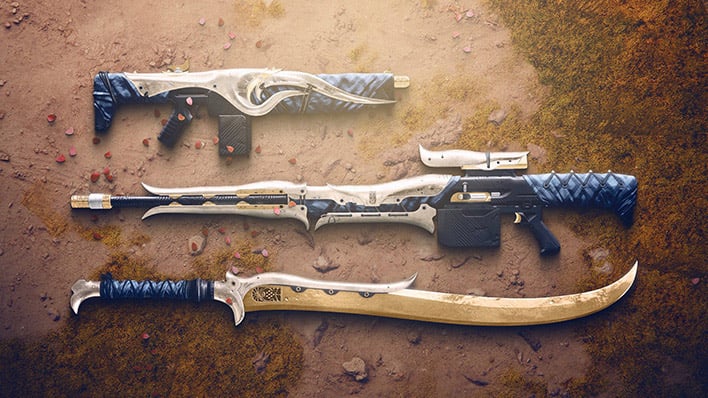 Players are tasked with guessing the weapon roll in six tries. They must guess all four perks as well as the masterwork. There will be a green checkmark next to the perk/masterwork if the player guesses it right. Otherwise, there will be arrows that indicate “if the answer in each column is more or less popular than your choice.” An arrow facing downward means the perk is less popular than the one the player guessed while an arrow facing upward means the perk is more popular. Players can either wait and guess a new roll each day or enable “infinite” mode which will allow them to guess rolls to their heart’s content. The perks and masterworks are ranked based on community feedback in light.gg.

All of the available rolls are for existing Legendary weapons that can come with random rolls. This excludes Sunset, Nightfall, Adept, and Timelost weapons, as well as the new craftable weapons. There is a full list of roughly 200 possible Rolldle weapons available on light.gg.

Many players would likely be decent at guessing “god rolls” or “S-tier” weapons. Most players are likely seeking out or have already received the Legendary Sword Half-Truths with the perk “Eager Edge" and could therefore easily guess that this is a S-tier perk. However, the game also tasks players with guessing less popular rolls. For example, we needed to guess a “C-tier” roll of Legendary Sidearm The Vision. Overall, the game is quite fun, especially if you are an avid Destiny 2 player.

Images courtesy of light.gg and Bungie/Sony