Destiny 2’s Season of the Arrivals has officially arrived. With the new season comes a slew of new activities, armor and weapons, and one particularly overpowered exotic grenade launcher. Players have already discovered that they can nearly instantly kill raid bosses and other challenging bosses with the Witherhoard Exotic Grenade Launcher.

Witherhoard is an exotic kinetic grenade launcher with a few very interesting perks. The weapon includes the intrinsic perk “Primeval’s Torment.” This perk allows players to launch balls of blight either directly at enemies or on the ground surrounding them. The weapon also includes “Break the Bank” which allows the launched ball of blight to cause damage over time. This means that players do not need to be precise in order to do some damage.

This combination of perks effectively allows players to one-shot certain bosses. Several players have posted videos online of their fireteam taking out typically challenging enemies like the Sanctified Mind with their new grenade launchers. Witherhoard packs a serious punch.

Witherhoard has also been causing chaos in activities like the Crucible. Most grenade launchers in the game rely on heavy ammunition, which is difficult to obtain in the Crucible. However, Witherhoard uses special ammunition which is slightly easier to find during matches. The weapon’s combination of perks and ammunition has encouraged fireteams to run around matches and flood the ground with blight. The weapon is not as OP in Crucible as it is in raids, but some players have found its prevalence to be annoying.

Unfortunately, it appears that Witherhoard’s capabilities were unintentional. Bungie community manager dmg04 commented on a video posted on Twitter. They remarked that Witherhoard will certainly be nerfed and that players should enjoy the chaos while it lasts.

How do you get Witherhoard? Destiny 2 Season passholders will automatically obtain Witherhoard through a Premium Rewards box. The Season Pass costs 1000 silver or $10 USD. Players who do not have a Season Pass will get access to the weapon at Rank 35. 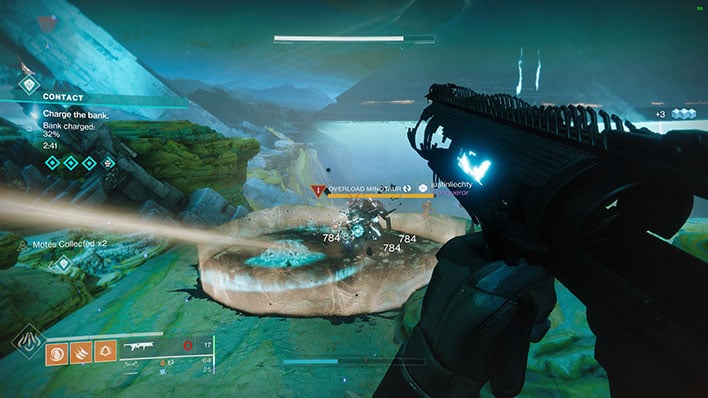 Witherhoard also includes a catalyst. Players will need to speak to Banshee-44 after the received the catalyst and will in turn receive the catalyst quest. Here is what you need to do to complete the quest:

Once players have completed the quest, they should return to Banshee-44. The catalyst will also include the perk “Silent Alarm.” The perk increases the weapon’s handling and automatically reloads the weapon when it is holstered. Unfortunately, the weapon will likely be nerfed before most players have finished the catalyst quest. Enjoy all that OP goodness while it is still around!