The perfect productivity laptop may not exist, but Dell's XPS lineup often comes close, blending premium build quality with an array of features and fast hardware. We're not being generic in our praise here, either—see our reviews of last year's Dell XPS 17 and XPS 15 for our expanded analysis. These XPS models have been among our favorites, and both have been upgraded for 2022.
We're not looking at a ground-up redesign, rather an infusion of Intel's 12th Gen Alder Lake-H silicon. Intel unveiled its Alder Lake-H series at CES in January, with claims of massive performance gains over the previous generation—up to 44 percent in content creation and 28 percent in gaming.
Of course, the biggest uplift comes from Intel's flagship mobile processor, the Core i9-12900HK. That's a 14-core/20-thread chip comprised of six performance cores clocked at up to 5GHZ and eight efficiency cores, to go along with 24MB of L3 cache. And it's one of the options on both the refreshed XPS 17 and XPS 15. 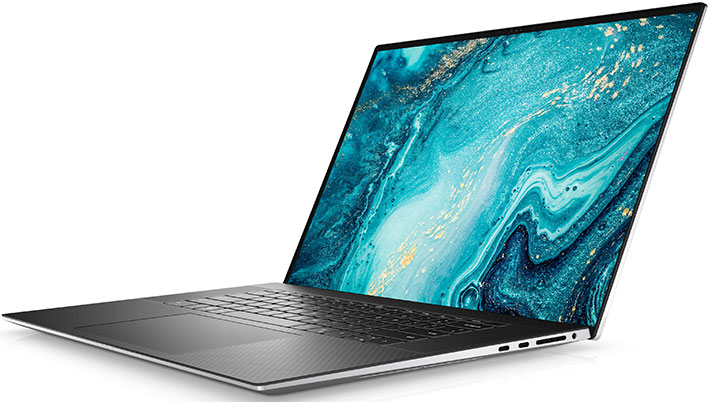 Buyers can also opt for a Core i7-12700H or Core i5-12500H. The Core i7 chip is a 14-core/20-thread part with the same core configuration and L3 cache allotment as the 12900HK, just clocked a little lower with a 4.7GHz Turbo frequency and lacking an unlocked multiplier for overclocking. The Core i5-12500H, meanwhile, is a 12-core/16-thread CPU with four performance cores clocked at up to 4.5GHz, eight efficiency cores, and 18MB of L3 cache.
There are two display options on Dell's XPS 17, including an FHD+ (1920x1200) InfinityEdge panel with 500 nits brightness and 100 percent coverage of the sRGB color space, and a 4K (3840x2400) InfinityEdge touch screen with the same brightness rating. Both support Dolby Vision, though only the 4K option is DisplayHDR 400 certified.
Other features and options include up to 64GB of DDR5-4800 dual-channel memory, up to 8TB of PCIe SSD storage, four Thunderbolt 4 (USB-C) ports, full-size SD card reader, 3.5mm headphone/microphone jack, Killer Wi-Fi 6 AX1650, Bluetooth 5.1, and a 97Whr battery.
For graphics, users can roll with integrated (UHD or Iris Xe) or opt for one of two discrete GPU options, NVIDIA's GeForce RTX 3060 6GB and GeForce RTX 3050 4GB. 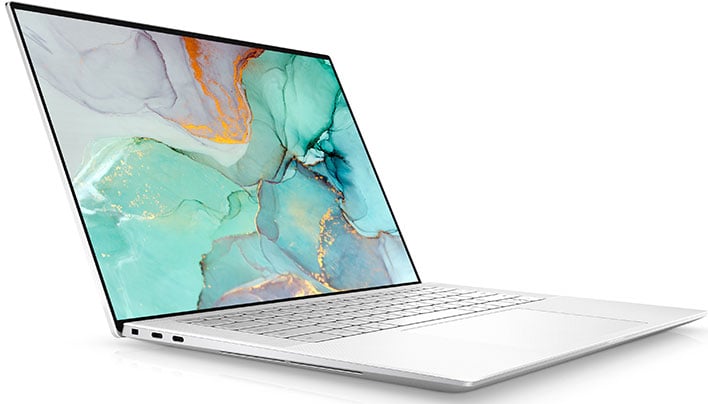