Get An Xbox One X, Free Extra Controller For $349 With This Hot Bundle Deal 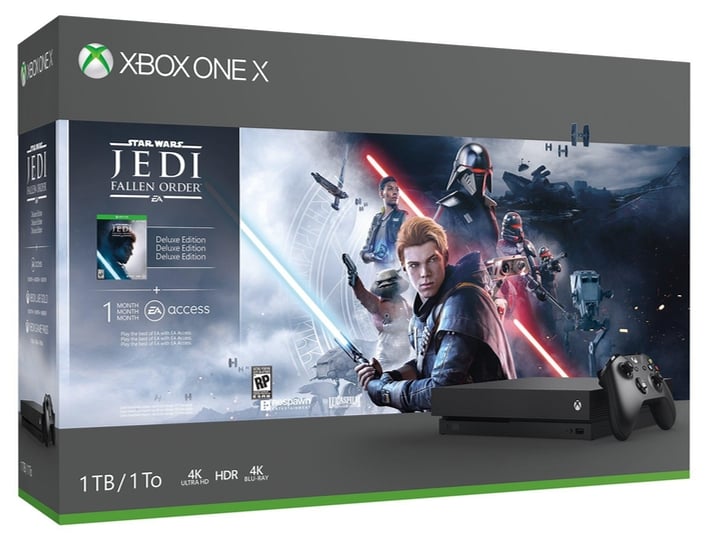 Anyone who's in the market for a new Xbox One X may want to check out the deal that Dell has going right now. The computer maker is offering an Xbox One X Star Wars Jedi: Fallen Order bundle that includes an extra white wireless controller. Normally this bundle sells for $559.98.

Dell is offering the bundle right now for $349.98 making it a $210 discount. Keep in mind that the bundle includes not only the copy of the game, but the extra white controller meaning two controllers total in the package. It also has a one terabyte hard drive for storing additional games. It's unclear exactly how long that deal will last as it has no expiration date. The console in the bundle is a standard Xbox One X.

Dell is offering a similar price on a Gears 5 bundle, including a standard black console that doesn't include the free second controller for the same $349.99 price. Last summer a special bundle surfaced that had Gears 5 with a console that featured a cracked ice design.

Dell also has an NBA 2K20 bundle that includes the console and the popular basketball video game but doesn't have the additional controller for $349.99. With the next generation Xbox set to launch later this year, we would expect to see pricing start to fall on the current generation console.