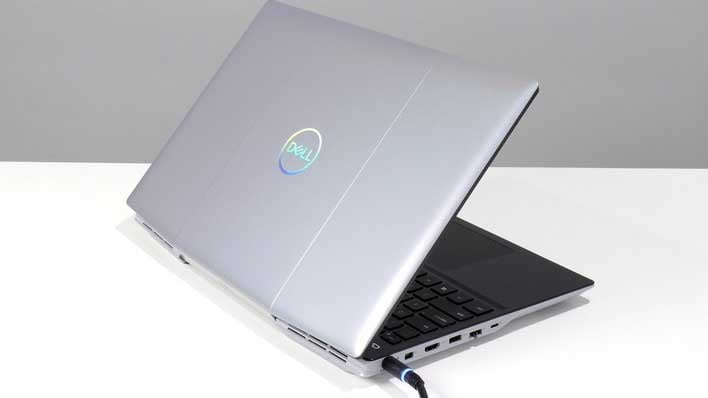 Recently, Dell introduced a new and impressive notebook to the market aimed at gamers, called the G5 15 SE. One of the key features of that gaming notebook is AMD's new SmartShift technology. Any AMD fans who are hoping that technology would land in other brands or models of laptops may be disappointed to hear that Dell has the exclusive on that technology until 2021. But what's so special about SmartShift?

The AMD Ryzen 4000 family of processors were unveiled at CES 2020, and one of the more exciting technologies that the CPUs enable, when paired with an AMD Radeon GPU, is SmartShift. The technology pools the thermal and power budget for the GPU and CPU, and doles out those resources depending on the task at hand. For instance, if the GPU is sitting idle, but the CPU is churning away, some of the thermal and power resources can be redirected from GPU to the CPU, and vice versa. It's a very interesting technology that, according to AMD's Frank Azor, Dell jumped on first. However, Azor also said in a Tweet that no more laptops using SmartShift would be coming this year. For more on the topic of SmartShift and other juicy details on life at AMD, be sure to check out our interview with Frank here, on our Two And A Half Geeks Podcast.

It's a brand new technology and to @dell credit they jumped on it first. I explained reasons why during my interview with @pcworld @Gordonung @BradChacos No more SmartShift laptops are coming this year but the team is working hard on having more options ASAP for 2021.

Azor said laptop roadmaps are planned at least a year in advance. He noted that vendors must make design choices based on what chipmakers claim and what vendors believe their customers want. While most PC makers only wanted to dip a toe into the Ryzen realm, Dell was ready to jump in and landed exclusivity. The AMD executive says the performance of the AMD Ryzen 4000 H-class and U-class processors caught manufacturers by surprise. It's also worth pointing out that Azor is formerly a Senior VP of Dell XPS and Alienware, so the relationships between AMD and Dell are likely rather strong.

Still, it's strange that tech as interesting and potentially beneficial as SmartShift would end up exclusive to one PC manufacturer, but it looks as though Dell was the only OEM at the time that was willing to take the risk on AMD's new technology.

We recently posted a review of the Dell G5 15 SE, along with our thoughts on SmartShift and it's impact on performance.