Google says its DeepMind AI, Ithaca, can now decipher ancient Greek texts from damaged artifacts. Ithaca is said to be even better at Greek text restoration tasks than its predecessor, Pythia.

Back in 2019, Google announced that its DeepMind lab had created an AI, Pythia, that could accurately guess sequences of letters in text inscribed on stone tablets that had even suffered cracks, chips or other types of damage. In a recently released paper in the journal Nature, DeepMind presented the successor to Pythia, Ithaca.

Roger Bagnall, a professor of history at New York University, stated, "The dynamism of Ithaca is particularly appealing; looking at the improvement in performance since Pythia gives hope that even the excellent results of Ithaca can before long be improved, with iterative learning based on the human-machine collaboration that it makes possible." He is also hopeful that Ithaca will be able to eventually extend to other ancient languages, especially for those where few examples exist.

Ancient inscriptions are important to better understanding ancient civilizations, as they were written directly by ancient people and are evidence of how they thought, their language, society and their history, according to Dr. Thea Sommerschield, a co-author of the research at Ca' Foscari University of Venice and Harvard University.

"But most surviving inscriptions have been damaged over the centuries. So their texts are now fragmentary or illegible," stated Sommerschield. She added that the inscriptions may have been moved from their original location, and that methods like radiocarbon dating were not usable on materials like stone. 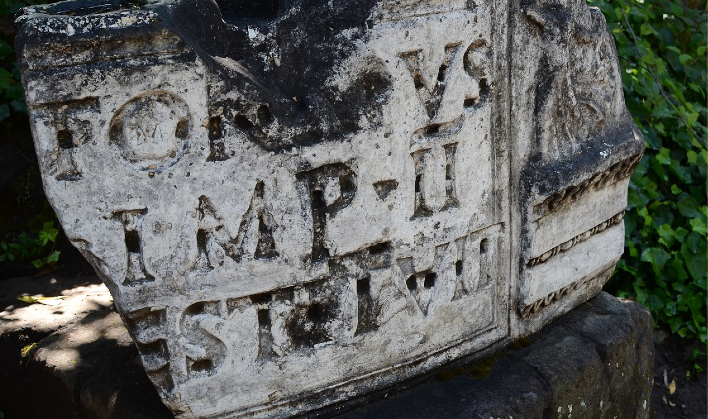 The team began by feeding Ithaca with more than 63,000 transcribed ancient Greek inscriptions. This enabled it to pick out patterns in the order of letters and words, along with associations between words and phrases and the age and provenance of the text.

Once Ithaca had been fed the initial information, the team then tuned the system before looking into whether or not it could accurately suggest when and where another 7,811 inscriptions were from, as well as propose a selection of letters and words to fill in the artificially created gaps in the inscriptions. It says that Ithaca is capable of achieving 62% accuracy in restoring damaged texts, 71% accuracy in identifying their original location, and can even date texts to within 30 years of their original writing.

Ithaca has the potential to also be used for any medium and any ancient written language, and it may be possible to train the system on Greek literary texts written on fragments of papyrus. This approach could provide insight to writings of poets such as Sappho. It is also possible that the AI could provide insights into the authorship of texts as well.

"Just as microscopes and telescopes have extended the range of what scientists can do today, Ithaca aims to singularly augment and expand the capabilities to study one of the most significant periods of human history," said Dr. Yannis Assail, co-author of the work from the AI company DeepMind.

Researchers warn, however, that like scholars, AI is limited by gaps in the ancient record. Professor Peter Liddel, an expert in Greek history and epigraphy at the University of Manchester, stated, "AI is only powerful as a tool to help us ask questions about, and make comparisons to, the existing evidence."