With 2022 coming to a close, sky-watchers will have a few celestial light shows to look forward to. This year will close out with the Full Cold Moon, the Geminid Meteor Shower, and more cosmic events.

On December 7th, the Sun's light will fully light up the Moon for the final time this year. This full Moon is referred to as the Full Cold Moon, reaching its peak illumination at 11:08 p.m. EST. Also on this night, the Moon will appear to pass in front of Mars, which will be shining at its brightest, resulting in an occultation or "eclipse" of the Red Planet. The eclipse should be viewable in most of the United States and Canada. December 16th will mark the last quarter Moon, and December 23rd will bring about the New Moon. 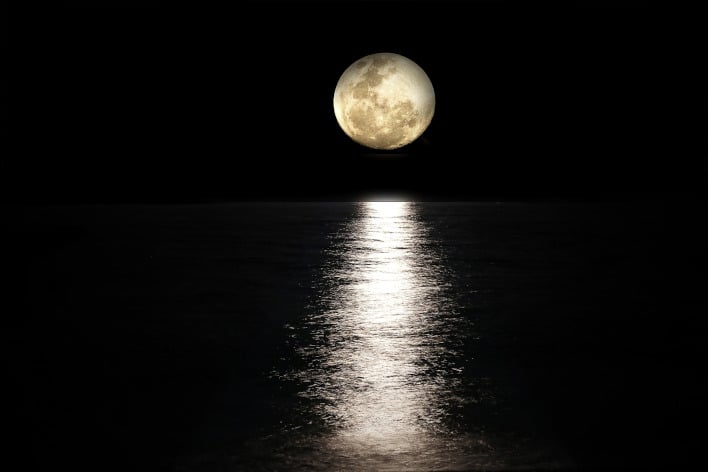 On December 8th, Mars takes center stage as it stands in opposition to the Sun and is visible all night. It will be rising in the East and pass overhead by midnight local time. As the month goes along, Mars will be moving away from Earth, so be sure to catch it in the night sky while you can.

Toward the middle of December on the 13th and 14th, the Geminid Meteor Shower will take over the night sky. This meteor shower should reach its peak activity on the night of December 13th and into the predawn hours of December 14th. The Geminid shower is expected to bring a flurry of shooting stars, with 60 to 120 meteors per hour being possible. As with any meteor shower, you will want to find a place away from city lights and a clear view of the night sky for the best viewing experience.

On December 24th, the Christmas Eve "Trinity" will appear in the night sky. This is when Venus joins forces with Mercury and a slender waxing crescent Moon to form a triangle. You will want to look southwest 30 minutes after sunset (local time) low in the evening sky to catch a glimpse.

With a full slate of celestial events in the month of December, we hope you'll stay warm and safe while exploring all the night sky has to offer.