Fortnite fans know that Deadpool is now merrily a part of the game for Chapter 2, Season 2. However, to be able to unlock the Deadpool skin, players need to complete a series of challenges each week with those challenges handed out by the foul-mouthed superhero himself, or at least by his computer. The first challenge this week is finding a letter that Deadpool wrote to Epic Games. The letter can be found in Deadpool's secret lair, which can be accessed from the battle pass screen. 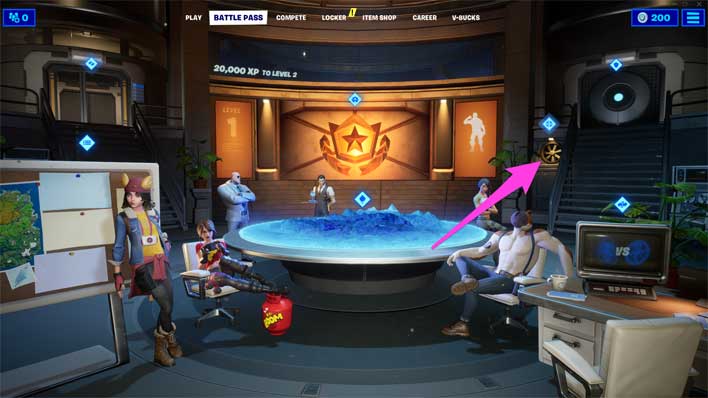 When on the battle pass screen, the characters are sitting around in what appears to be an evil super hero or villain hideout from a James Bond movie. Near the staircase to the right is a duct with a fan in it that has a blue diamond over the top. It's pointed out in the image at the top of the story. Clicking that takes players into Deadpool's lair. 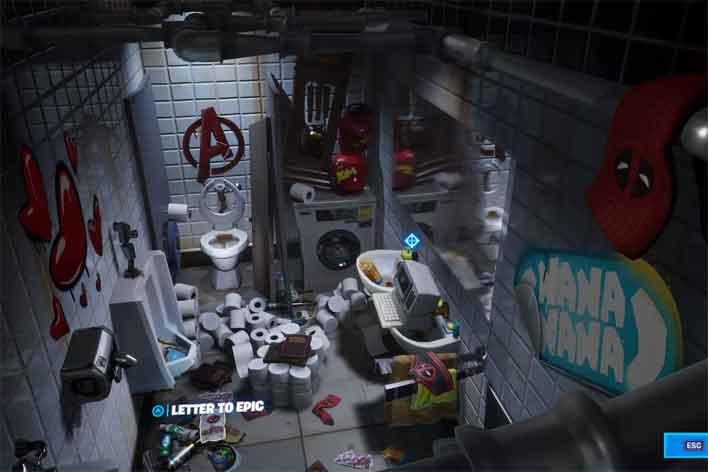 The lair is a dirty bathroom with Deadpool's Underoos tossed around and what appears to be a years' worth of toilet paper. We assume when you eat so many chimichangas, toilet paper is a necessity. Inside that lair, there are only two things that can be clicked on. One of them is the letter to Epic on the left side of the screen under the urinal. The other is a computer sitting on a sink in front of the mirror that hands out challenges.

The only other Deadpool challenge available this week asks gamers to not thank the bus driver. That involves loading into a match and then leaving the battle bus without hitting B on the keyboard or down on the controller D-pad. Completing these challenges wins players a Deadpool icon for their profile. But before the Deadpool skin can be unlocked, the full set of challenges has to be completed, which won't happen until close to the end of Chapter 2. Our first indication that Deadpool was coming to Chapter 2 Season 2 came in the video teaser where we saw an image of Deadpool carved into a tree.