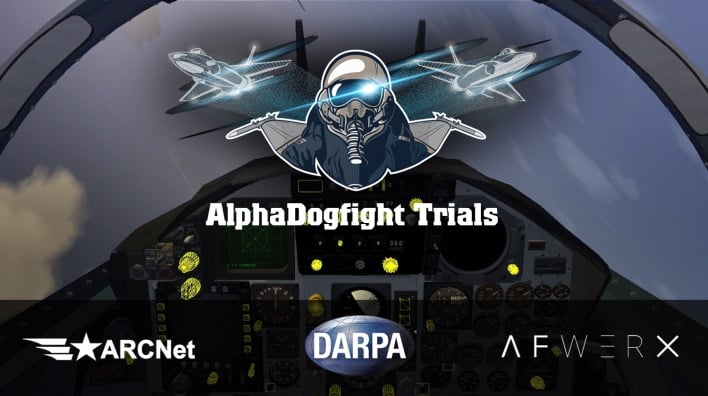 Previously, we reported on artificial intelligence being pitted against human pilots in a head to head dogfight challenge. The event has now concluded, with the AI going undefeated in five rounds of air-to-air combat, handily beating the human opponent in the final round.

At the open of this multi-day event, eight teams entered the virtual airspace for the opportunity to go up against a human fighter pilot in virtual reality at the end. They all competed against simulated opponents at first, then progressing to each other. The AI v. AI fights reduced the number of competitors in the ring to just four: Aurora Flight Sciences, Heron Systems, Lockheed Martin, and PhysicsAI. In a bracket type system, these four semi-finalists went head-to-head again. At the end of the bracket, only one competitor remained, Heron Systems.

Heron Systems is a small defense contractor working in the Maryland area whose focus is artificial intelligence and robotics. According to their site, Heron has been working on AI systems since 2012 with various tasks, such as Atari, Doom, StarCraft 2, and aerial combat. Along with their AI experience is the knowledge and use of deep learning models to improve their AI for themselves and customers alike. The company praises its employees and work, as it wishes to “strengthen America’s defense by providing innovative laboratory testing and simulation solutions.”

On the final day of the trials, Heron Systems AI went up against an experienced human pilot. After just 10 minutes of combat, Heron’s AI held an undefeated record of 5-0, giving them the win. With this win, we can expect to see Heron go further in DARPA’s Air Combat Evolution Program. According to Air Force Magazine, modeling and simulating is only the first step, though, “before moving to two subscale aircraft, one propeller-driven and the other a miniature jet. That approach will force the AI to learn how different plane designs can behave. At a later point, the program wants to add AI into a combat-representative aircraft.” The end goal would be to have AI doing real-life trials in a fighting capable craft in the next few years.

It will be interesting to see what will come of Heron Systems in the future and how they become better at what they do once they get to be in a real-life jet. When this happens, it will ring in a new era of AI warfare and bring the United States to the cutting edge of artificial intelligence technology.