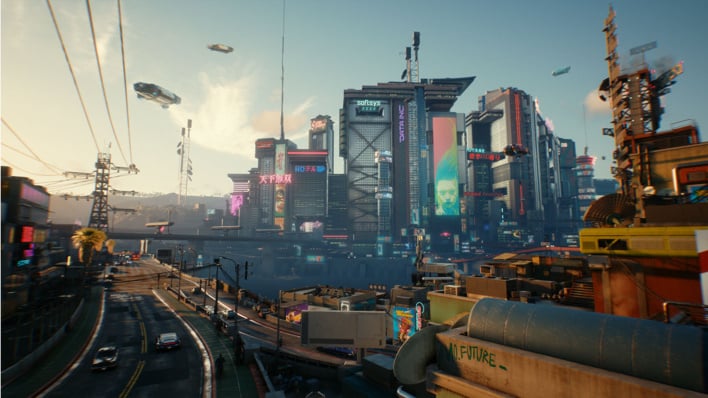 As we wait for the fifth episode of Night City Wire to showcase some of Cyberpunk 2077’s décor, CD Projekt Red has given us some in-game footage. The video released on YouTube today shows a player navigating around Night City in first-person on the Xbox One X and Xbox Series X.

Without spoiling the game, CD Projekt Red jumps between several story-lines and locations in Night City. This isn’t just cinematic footage either, as we get to see some driving, NPC interaction, gunfights, explosions, and even a saber of some sort. Overall, the 10-minute video is well worth the watch.


If you looked closely during the video, it looked like the Xbox One X struggled slightly more than the Xbox Series X in some scenes. The Xbox One X gameplay also looked somewhat lower quality, but perhaps that is just how the video was presented. Realistically there is not a whole lot of difference, so you shouldn’t really notice it in person.

Between the upcoming Night City Wire episode and a possible PlayStation 5 gameplay video, we have the opportunity to see a lot of Cyberpunk 2077 before its release. It is slated for release on December 10th, but keep an eye on HotHardware for updates and teasers about Cyberpunk 2077 as they come out.