Earlier this week, be brought you news of a rather nasty bug in Cyberpunk 2077 (to go along with dozens of nasty bugs in the game), which resulted in corrupted save game files. At the heart of the matter was a hard limit that developer CD Projekt Red (CDPR) imposed on the save game file size, which was set at just 8MB.

Unfortunately for gamers that crafted and collected numerous items in the game, going over this 8MB limit -- through no fault of their own -- would result in the save game becoming corrupted. Once this happened, all progress would be lost and the game would refuse to load the save file. Gamers were understandably furious about the bug, with many having lost hours of work that they put into the troubled game. 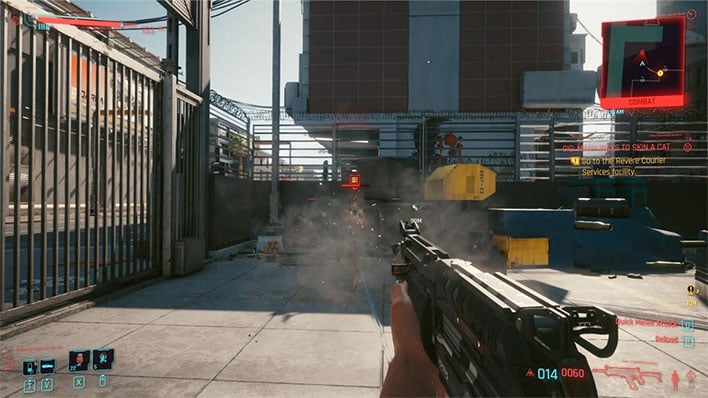 CDPR's solution at the time was for gamers to "keep a lower amount of items and crafting materials" in order to avoid hitting the 8MB limit. Well, today CDPR has a better solution put in place with the Cyberpunk 2077 v1.06 hotfix. The patch notes are relatively small, but here's what's fixed this time around:

Unfortunately, while the underlying problem has been fixed by removing the 8MB file size limit, it does absolutely nothing to reverse the file corruption issues that Cyberpunk 2077 gamers reported. So, in other words, if your save game files have been corrupted, you're SOL; but those with the patch installed should have smooth sailing from this point forwards thanks to the v1.06 hotfix. It's not ideal, but hey, we'll take what we can get these days from CDPR when it comes to Cyberpunk 2077.

The v1.06 hotfix comes hot on the heels of the v1.05 hotfix for PCs, which improved overall performance within the game. However, CDPR still has a lot of work on its hands to get the console versions of the games up to snuff, as they have been the hardest hit with performance issues, bugs, and crashing. CDPR does say that it does have two big updates planned for January and February to address most of these issues.