Cyberpunk 2077 1.12 Hotfix Released As CDPR Commits To Game For Years To Come

CD Projekt Red continues to stomp out bugs in Cyberpunk 2077, one of the most hyped and highly anticipated games of 2020, which unfortunately could have benefited from several more coats of polish before it released. It gets another coat of polish today, as well as a commitment from CDPR to work on improving the game in hopes it will sell for several years.
First let's talk about the latest patch. Hotfix version 1.21 is mostly focused on further improving the overall stability of the game, in addition to fixing what CDPR says are the most most common issues that could potentially block a player's progression in the game. It gets rid of some show-stopping gameplay bugs, in other words.
It's a rather long list of bug fixes. Some of them include...
There are over two dozen bug fixes that apply to quests and the open world. In addition, the latest patch fixes some specific gameplay issues, including one where NCPD officers would spawn behind a player's back after committing a crime on the roof of a building, and other that prevented the player from climbing ladders out of water. 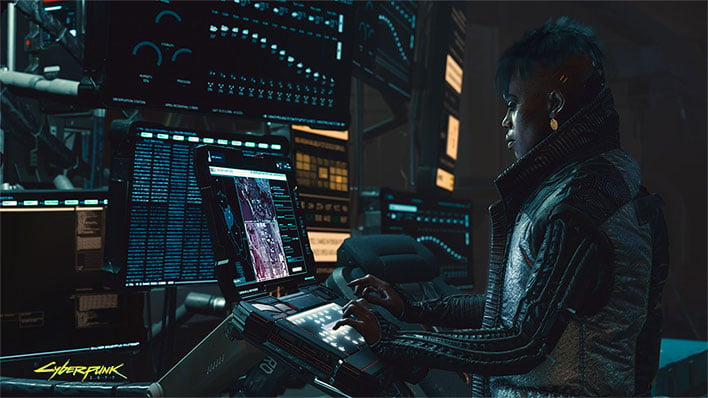 The latest patch also addresses various issues related to clipping in NPC's clothes, and tweaks the UI a bit. To help with stability, CDPR says it made some improvements to memory management as well, in hopes of "reducing the number of crashes" players are experiencing.
Cyberpunk 2077 remains a work in progress. To that end, Sony has still not welcomed the title back into the PlayStation Store, after pulling the game a week after launch in December. Adam Kicinsky, chairman of the management board at CD Projekt, told Reuters the company is communicating with Sony on the matter, and has "friendly relations" with the company. He also noted that there are no plans to pull the game from store shelves.
Just the opposite, he envisions the development team massaging the game for several years.

"I don’t see an option to shelve Cyberpunk 2077. We are convinced that we can bring the game to such a state that we can be proud of it and therefore successfully sell it for years to come," Kicinski said.
His statements come a month after CDPR cancelled plans to make a standalone multi-player version of Cyberpunk 2077. It is a more riskier endeavor, and at this point in time, the development team is putting its efforts towards turning improving the state of the game.
As for the latest Cyberpunk 2077 hotfix, it's available now for PC, consoles, and Stadia.