it is starting to seem like a foregone conclusion that AMD will launch Radeon RX 5500 XT graphic cards with 8GB and 4GB of memory. This has been the rumor (officially, AMD so far has only announced a Radeon RX 5500 series, while making no mention of "XT" models specifically), and the latest round of leaked press renders suggest this is the case.
We see this happen all the time, especially with graphics cards—just prior to a product launch (big or small), leaks and rumors come in, followed by seemingly legitimate press renders shortly before the actual launch. It's happening again, with leaked press renders showing retail Radeon RX 5500 XT models from ASRock and Gigabyte.

The image at the top of this article is for ASRock's upcoming Challenger Radeon RX 5500 XT OC Edition graphics card. As the box denotes, it will have 8GB of GDDR6 memory. According to Videocardz, which managed to get its hand on the renders, there will also be a 4GB version of this card (presumably with the same specs). 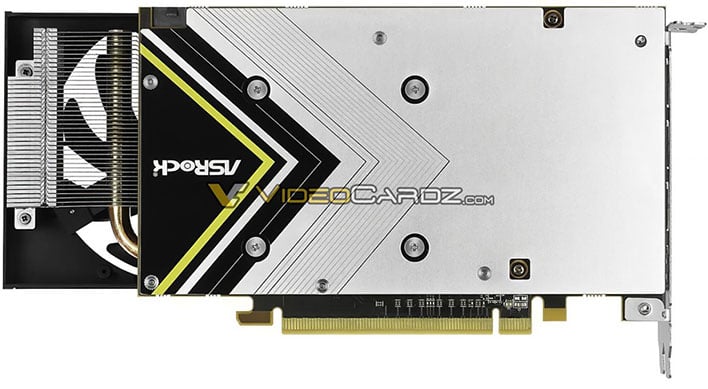 This is a factory overclocked model, though ASRock kept it rather tame—the site says it has a 1,737MHz "boost clock," up from 1,717MHz. That's not really going to make a meaningful difference, other than yielding slightly higher benchmark scores (if that matters). However, who knows if more overclocking headroom is available. That also appears to be a typo—according to what AMD already shared, the Radeon 5500 series will boost up to 1,845MHz, while the Game Clock will go up to 1,717MHz.

ASRock's card also sports a metal backplate, along with two cooling fans on the front. For connectivity, there are three DisplayPort connectors and an HDMI port.

Gigabyte will be launching multiple Radeon RX 5500 XT graphics cards as well, and if we had to bet, it will have a bunch of models on tap. As far as the leaked renders go, there are two models. One is the Gigabyte Radeon RX 5500 XT Gaming OC 8G, and the other is the Gigabyte Radeon RX 5500 XT OC 8G.
The Gaming OC variant features a triple-fan cooling solution and might be the company's highest end option, outside of the inevitable Aorus variants. Like ASRock's card, it has a conservative factory overclock to 1,737MHz.
Gigabyte's regular OC model wields two cooling fans and an even lighter overclock, to 1,733MHz. Hopefully these tiny OCs are not indicative of what the new Navi parts will be capable of, but we'll have to wait and see.
Rumor has it AMD will launch the Radeon 5500 XT next week.