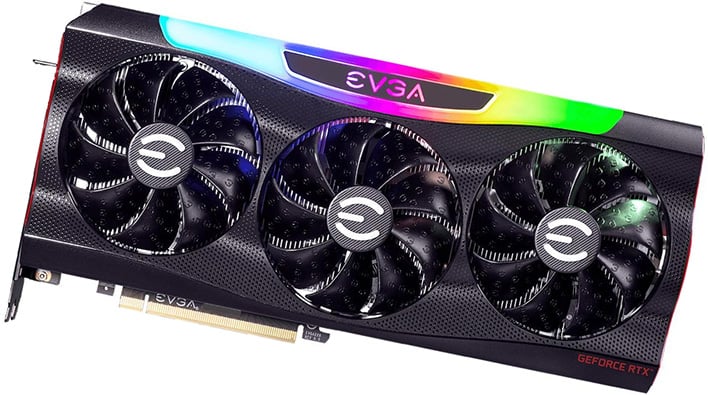 It remains to be seen what the demand will be like for NVIDIA's upcoming GeForce RTX 3090 graphics card, the big daddy of the GeForce RTX 30 series. What I can say is that pricing will start at $1,499, as NVIDIA has already announced. However, some of the custom models from NVIDIA's add-in board partners will cost up to a few hundred dollars more, it seems.

In contrast, the GeForce RTX 3080 starts at $699, and has proven immensely popular. NVIDIA and its retail partners quickly sold out of available stock, partly because scalpers and bots flooded the scene. This prompted an apology from NVIDIA, along with a self-imposed Q&A explaining the shortage situation, and a promise to handle things better from here on out. We shall see.
Even though the GeForce RTX 3090 is a more expensive part, expected scarcity could drive up demand. Plus it is undoubtedly going to be a beastly card, based on what we already know of the GeForce RTX 3080.
In regards to pricing, a clever fellow on Reddit (MRizkBV) discovered that Newegg will reveal pricing for several custom GeForce RTX 3090 models, with a little effort on your part. It requires using the site's price filter and inputting exact amounts, to narrow down the models that are already listed. So for example if you input $1,799.99 in the minimum price field and $1,800.00 in the maximum price field, EVGA's GeForce RTX 3090 FTW3 Ultra Gaming card and is the only one it shows. At least for me. Apparently the ASUS ROG Strix GeForce RTX 3090 OC Edition also was displayed at that price at some point as well. 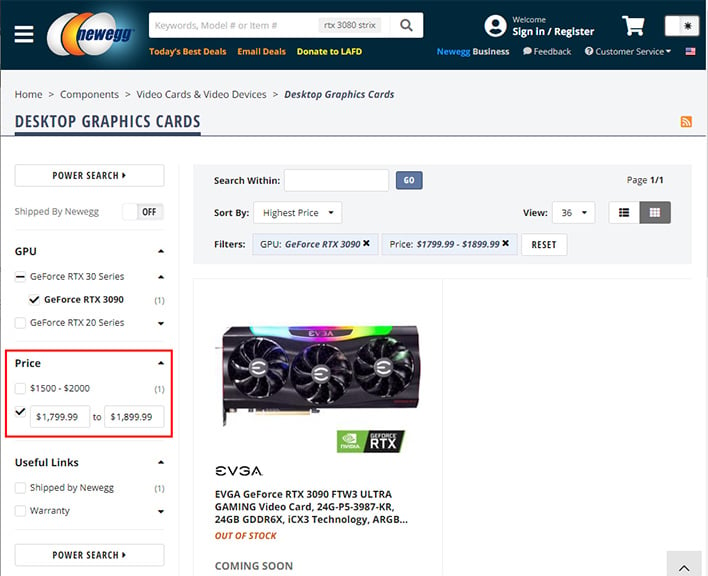 Using that method, here's a breakdown of pricing, sorted by most expensive to least...
I'm not sure how accurate this method will ultimately prove. Some of the prices above are ones I did not see myself, which indicates that the values may have changed. In addition, if you input $5,000 as the minimum amount, two cards show up—MSI GeForce RTX 3090 Ventus and Zotac Gaming GeForce RTX 3090 Trinity. Neither one is actually going to sell for north of five grand (except for maybe eBay).
Assuming the above proves accurate, if wanting to go with a custom model while spending at or near Founders Edition pricing, the ASUS TUF Gaming GeForce RTX 3090 and EVGA GeForce RTX 3090 XC3 Black Gaming models look to be the best bets. Both are triple fan solutions, though the boost clock on the ASUS model is a little higher at 1,725MHz (versus 1,695MHz).
The GeForce RTX 3090 launches to retail this Thursday, September 24.