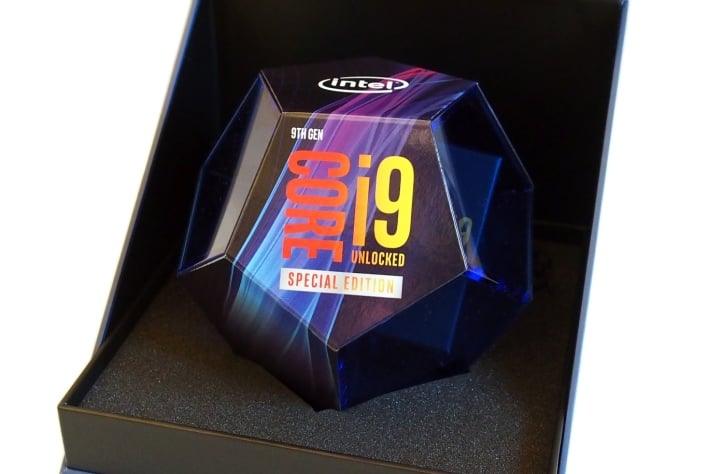 Intel's 11th generation Rocket Lake-S family is just around the corner, and it promises some rather impressive gains not only in single-threaded performance, but also with multi-threaded performance. But don't let the impending arrival of Rocket Lake-S fool you into thinking that Intel is done with its 10th generation Comet Lake-S family. The company is now listing a new flagship SKU called the Core i9-11900KS.

According to the Intel Software Advantage Program (as originally discovered by WCCFTech), the company has added the Core i9-11900KS has been added to the eligibility list. Nothing else is known about the Special Edition processor at this time, but we can make some inferences based on the Core i9-9900KS that came before it. The Core i9-9900KS is capable of an all-core clock of 5GHz (instead of 4.8GHz) if the processor is kept within a specific thermal/power budget.

This is all just speculation at this point, and everything would have to come down to the processor's power budget. The Core i9-9900K was already pushing a TDP of 95 watts, and Intel needed to increase that figure to 127 watts for the Core i9-9900KS (read the HotHardware review here). The Core i9-10900K is already rated at 125 watts, so there's not much headroom left for Intel to explore if it wants to increase clocks/performance across the board with the Core i9-10900KS.

There are physical limits to what Intel can do with the current 14nm process node, and we all are in awe of how much performance the company has been able to extract up to this point. One thing to keep in mind relating to 14nm and ever-increasing TDPs is that Rocket Lake-S processors are expected to top out at 8-core and 16-threads instead, which is a step back from the 10-core/20-thread max configuration of Comet Lake-S. The popular opinion/rumor seems to be that Intel did this for thermal reasons.

With that being said, we have the feeling that even if Intel does release the Core i9-10900KS, it will only be sought after by a tiny niche of enthusiasts. Rocket Lake-S is supposed to offer a nearly 20 percent uplift in IPC compared to Comet Lake-S, and other core optimizations should make the loss of 2 cores and 4-threads at the high end negligible with respect to performance.