The running joke whenever there's a story involving artificial intelligence is that Skynet is watching and, at times, is pleased. Or in this case, seriously displeased. The reason? United States congressman Ted W. Lieu wrote an op-ed calling for the creation of a dedicated federal agency staffed with experts to regulate AI before a "more dystopian future" becomes a reality.
In the opening paragraph, there is talk of a "world where autonomous weapons roam the streets" and hackers leveraging AI to "launch devastating cyberattacks."
"The rapid advancements in AI technology have made it clear that the time to act is now to ensure that AI is used in ways that are safe, ethical and beneficial for society. Failure to do so could lead to a future where the risks of AI far outweigh its benefits," the opening salvo states. 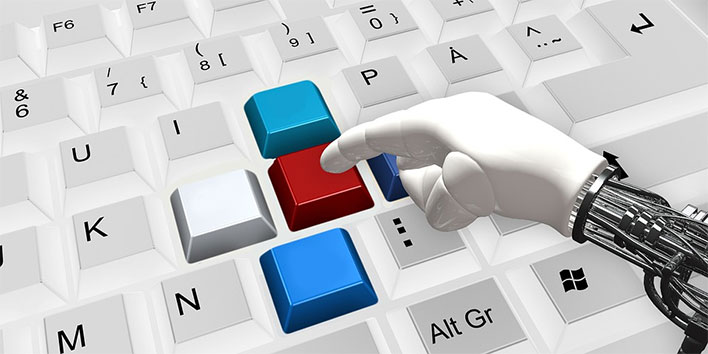 Ready for the kicker? None of that was actually written by Lieu. In the second paragraph, he explains that he tasked ChatGPT to "write an attention grabbing first paragraph of an op-ed on why artificial intelligence should be regulated." Mission accomplished.
ChatGPT is a chatbot created by OpenAI, an AI research and deployment company, and it's been making headlines like gangbusters lately. The underlying technology has a lot of potential (so much so that it's spooked Google to reenlist the help of its founders to ensure it doesn't get left behind), but for some, there is also cause for concern.
It's also imperfect at this still-early stage. The folks at CNET have been employing an AI that is likely ChatGPT to write some evergreen articles, but it's been bungling the facts so badly that the site announced it would start reviewing and fact-checking its content by a "human editor with topical expertise."
Lieu mentions misinformation as a reason why AI needs to be regulated, but he also points to more serious potential pitfalls. On the lighter side, he brings up the harm it can cause teachers who might find it increasingly difficult to determine if a student actually wrote a document, or enlisted the help of AI to do it for them. And on the more dire side, Lieu says AI could be deadly in certain situations, such as when a self-driving car makes an error.
"I am enthralled by AI and excited about the incredible ways it will continue to advance society. And as a member of Congress, I am freaked out by AI, specifically AI that is left unchecked and unregulated," Lieu states.
You can read his op-ed for more examples of the risks and rewards of leaning increasingly harder on AI. But the bottom line according to Lieu, who holds a computer science degree and codes AI, is that a regulatory infrastructure is sorely needed, especially since "Congress has been slow to react when it comes to technological issues."