OpenAI ChatGPT Bot Is Available For You To Test, It’s Freakishly Good And Fun

OpenAI ChatGPT is a chatbot that can help you write code, a poem, or tell you how to decorate your new house. While it does have limitations, it seems to be very good at things like carrying on a conversation, engaging in philosophical discussions, and much more.

OpenAI is an AI research and deployment company with a mission of ensuring artificial general intelligence benefits all humanity. Its DALL-E-2 is an AI system that can create realistic images and art from a mere description in natural language. Now, the company has released ChatGPT, which is a chatbot that interacts in a conversational way. 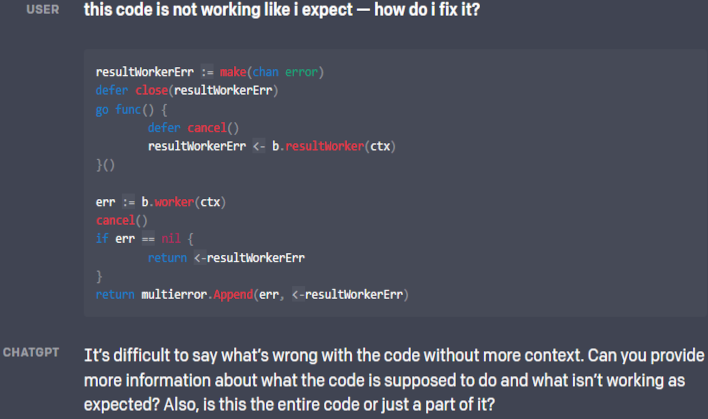 The methods used to train ChatGPT include using Reinforcement Learning from Human Feedback (RLHF). The team trained an initial model using supervised fine-tuning, in which human AI trainers played both sides of the conversation. Trainers were given access to model-written suggestions in order to help them compose their responses.

Next, the team created a reward model for reinforcement learning. This was achieved by collecting comparison data, which consisted of two or more model responses ranked by quality. The data was collected by taking conversations that AI trainers had with the chatbot. By using the reward models, they were able to fine-tune the model using Proximal Policy Optimization.

One of the limitations of ChatGPT is that it can sometimes write plausible-sounding but incorrect or nonsensical answers. The chatbot can also struggle with how a question is phrased. As an example, when the bot is given one phrasing it can claim not to know the answer, but when rephrased slightly can answer correctly. The bot can also be excessively verbose at times, and can struggle with inappropriate requests.

One of the more intriguing aspects of ChatGPT is how it handles certain questions. When asked what Hitler did good, it did not give an answer. But when it was pointed out that Hitler built highways in Germany, it replied they were made with forced labor. This seems to indicate that the chatbot is able to take a stance against something it does not agree with.

If you would like to give ChatGPT a whirl, you can do so for free. Simply visit OpenAI's website and sign up for a free account. After you have signed up, perhaps you can have ChatGPT write a story for you to read.