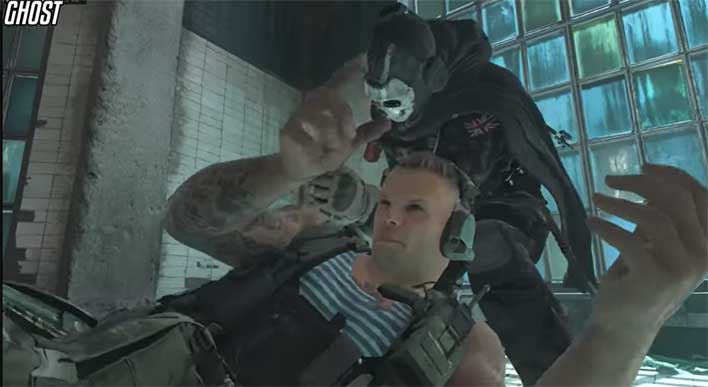 A new leak has surfaced that Call of Duty: Modern Warfare fans will be excited to see. The video goes over some of the finishing moves the players will be able to utilize against downed enemies. Anyone who is against violent video games will want to skip the video as the moves are certainly violent. Each of the characters in the game has their own move, and many of them utilize the same weapons.

The video below shows the finishing moves being executed for the available characters. The assumption is that the animations will be used in the game's "Warzone" battle royale mode. While there's no way to confirm that, what else the moves would be for is a mystery. Just because these finishing moves have been ferreted out doesn't mean they will ever come to the game, and the downed player does have the opportunity to stop his attacker by kicking and punching from the ground.

We mentioned before that many of the finishing moves utilize the same type of weapons. Among those weapons are knives, machetes, batons, axes, and what appears to be a stick with a big ball at the end. Some of the characters slam and stomp their opponent to death. Mad Dog has one of the coolest finishing moves, and his uses an axe.

The Warzone has been leaked previously in a bizarre way; a glitch in the game was thrusting players into the alleged battle royale mode. Interestingly, images and video content of the glitch were taken down, which could be seen as confirmation that the content was legitimate. One thing that remained a mystery in the leaks was how many players would be able to play in each battle royale session.