Microsoft is taking a trip down memory lane and it is inviting you along for the stroll, with some nifty new background options for its Teams software. One of the background options is of Clippy, the "true OG virtual assistant" that predates today's fancy-pants AI assistants like Siri, Alexa, Google Assistant, and the rest (we can throw Bixby into the mix).
Clippy first debuted in Microsoft Office in 1997. It would have been hard to imagine two and a half decades ago ever being enamored by the cheerful paperclip that was always all-too-eager to help, whether you wanted its suggestions or not. But in the years that have passed, Clippy has become a sort of cult icon in geek nostalgia.
"Whether you love or loathe Clippy, it’s hard to not smile—just admit it—when you see it pop up in a meme somewhere. We know the feelings can be complex. You may think Clippy was too persistent, too eager, perhaps even too polite. We like to think that Clippy, the true OG virtual assistant, was just a bit ahead of its time," Microsoft explains.
Clippy's return in background form is harmless and amusing, and is just one of several images that serve as tips of the hat to bygone eras. Here's another... 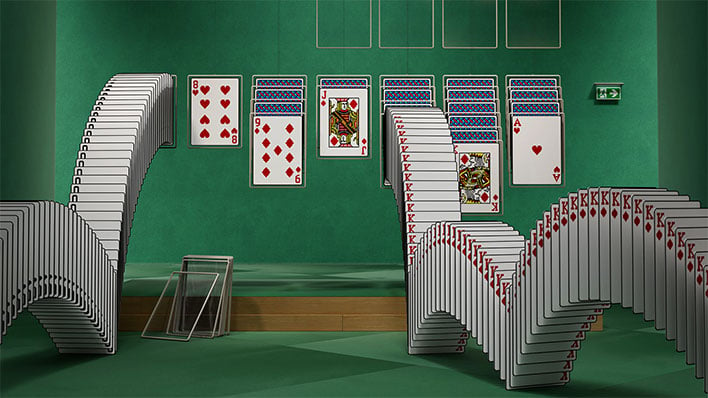 Kids today might not realize it, but Solitaire is probably one of the reasons why we still do not have flying car dealerships and other sci-fi technology that only exists in the movies. Along with games like SkiFree (one of my favorites) and Minesweeper, many productivity hours were 'wasted' on Solitaire. How many, exactly? Nobody knows, but speaking from experience, it's a lot.
Here are the other nostalgic Teams backgrounds... 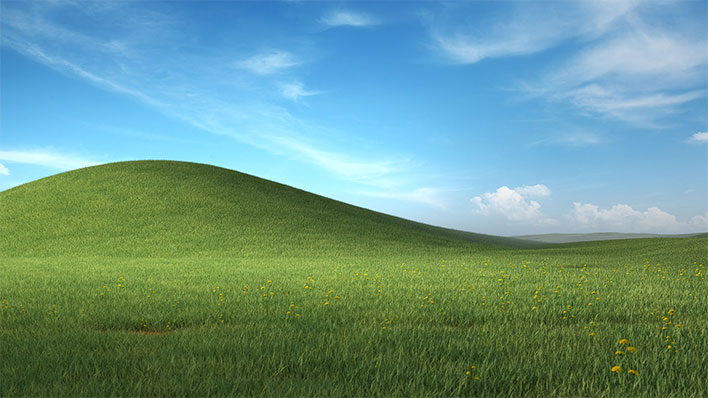 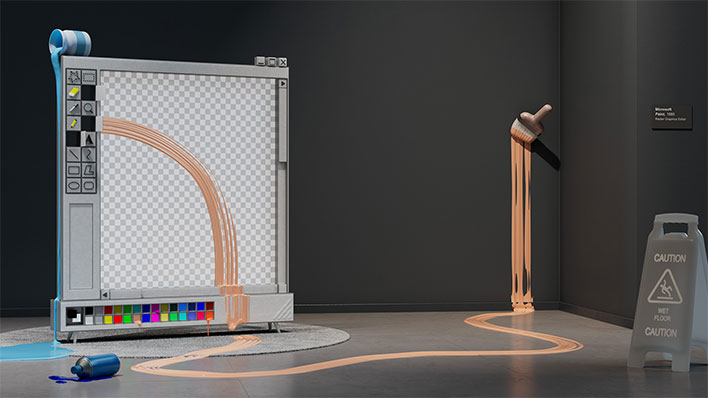 In the history of Windows, many people regard Windows XP as the best version to date. Regardless of how you feel, its stock background image of a field with rolling hills is an iconic image, but do you know where it came from? Credit goes to Charles O'Rear for snapping the photograph in 1996, which shows a part of the Los Carneros American Viticultural Area of California’s Wine Country and served as inspiration for the wallpaper.
Over the years, people have had fun editing the stock wallpaper, modified versions of which show a Suburu WRX kicking up dirt and giant animals peeking above the main hill, among many, many others.
And the last image pays homage to Microsoft Paint.
"A product of the 1980s, Paint was first introduced in November 1985 as part of the first version of Windows, Windows 1.0. And while the original Paint is still loved by many artists in the making, its successor Paint 3D was eventually released in 2017. Next time you need creative inspiration, post this up on your Teams call. Or take it a step further by opening Microsoft Paint and letting your inner Van Gogh go wild," Microsoft says.
It's cool to see Microsoft embrace its past with this sort of thing. Sure, background images are relatively minor in the grand scheme of things, but for those of use who date back to the bygone eras they represent, they certainly spark some nostalgic feelings.