Malware is a major problem and spreads easily through insecure downloads over the web. As such, Google's Chrome browser will begin to block "mixed content downloads" in order to guarantee that HTTPS (SSL secured) pages are only able to download secure files. Google's plan will be rolled out over various upcoming iterations of Chrome. 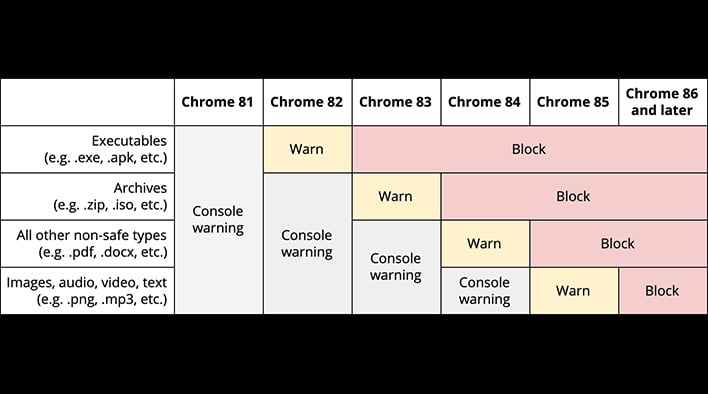 Insecure images, audio, video, and text files will be the last downloads to be blocked. All mixed content downloads will be blocked in October 2020 with Chrome 86. Android and iOS Chrome users will not see any warnings until the release of Chrome 83. Google noted that they are trying to give developers a little bit of time to update apps and even web properties.

Joe DeBlasio from the Chrome Security team encourages “...developers to fully migrate to HTTPS to avoid future restrictions and fully protect their users.” Google stated that they do plan to add more download restrictions in the future. Tools such as “Let’s Encrypt” could be a great resource for small companies, institutions, and non-profits who do not otherwise have the funding to switch over to HTTPS, which can be a big migration for certain apps.

Google has also begun to restrict third-party cookies with the recently released Chrome 80. Its new scheme to classify cookies is intended to protect user security and privacy while still allowing some targeted advertising. The plan will be rolled out over the next few months and is currently only available to some early adopters.