Have you ever wondered what it's like to be a superhero? To fly around, have super strength, teleport, or any of the other plethora of supernatural capabilities outlined in fantasy worlds? Well, thanks to a modder, you can step into the shoes of everyone's favorite web-slinging wall-crawler, Spider-Man!

While, historically, Spider-Man games are usually played from a third-person perspective, this mod puts you directly into the red and blue spider-suit. Unfortunately for console players, this mod is only for the Remastered PC version of the 2018 PlayStation 4 game from Sony, Marvel, and Insomniac games.

YouTuber and developer jedijosh920 shared a trailer for the hit title where viewers are treated to a first person view as Spider-Man swings through the streets of New York City. Though, admittedly, the view the trailer is pretty shaky at first. It may not be the best of ideas to play this directly after a large meal. It looks like there may be some potential for VR here, though it does not say anywhere specifically that this is what the intent is.

Partway through the video it does look like there's some stabilization options. For example, instead of staying first person during a backflip, the camera seems to allow the backwards roll to just happen without the eyes staying "in the head" of Spider-Man. So, you might be able to play it without losing your lunch after all, maybe. 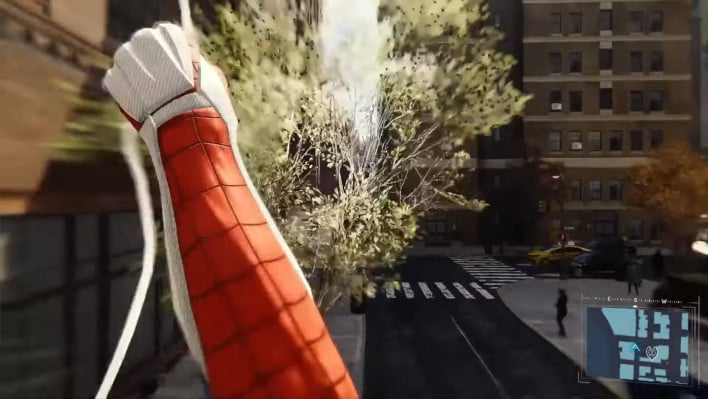 This looks like a super fun mod, and it's available to anyone who owns a copy of the game for PC and subscribes to jedijosh920's Patreon. While sure, there are plenty of free mods out there, we completely support developers looking to monetize their hard work. This XKCD comic cleverly demonstrates how much developers rely on each others work in order to provide reliable tools and cool tech to each other. So yeah, go support this developer and get some awesome mods while you're at it!