There are currently several AI tools whose purpose is to create more life-like images. The most recent addition is PULSE (Photo Upsampling via Latent Space Exploration), an AI-infused application that can transform low-resolution pixelated images into high-resolution images. The creators of PULSE’s mainly focused on human faces, but others have already used the tool to create slightly terrifying images of video game characters that may just haunt your dreams.

PULSE was developed by a team at Duke University in Durham, North Carolina. It varies from other tools because “instead of starting with the LR (low resolution) image and slowly adding detail, PULSE traverses the high-resolution natural image manifold, searching for images that downscale to the original LR image.” The team believes that PULSE could also be particularly effective in fields such as medicine, astronomy, microscopy, and satellite imagery.

The researchers posted their findings at the beginning of March. However, they more recently added their tool to GitHub and it was promoted on social media. Some Twitter users began to question how PULSE would handle 8-bit video game faces and others responded with these creepy results of their experiments. 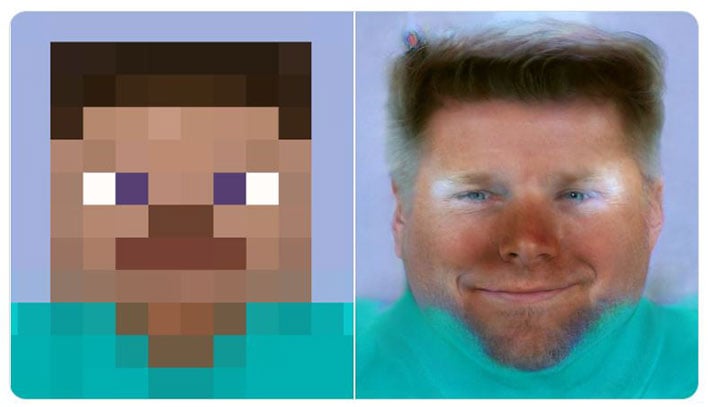 Some of the experiments included Steve and a Creeper from Minecraft, Mario from the Super Mario series, and Link from the Legend of Zelda franchise. Steve is transformed into a middle-age man, while the Creeper is somehow more terrifying than ever. Mario appears to have spent too much time with the DC Comics’ Joker and Link seems like he desperately needs a good night’s sleep. One of the only video game characters who looks somewhat normal is B.J. Blazkowicz from Wolfenstein.

This tool can be quite fun, but many have argued that it is rather problematic. First, PULSE primarily produces images that feature Caucasian subjects. This appears to occur even if the original subject is not Caucasian. Second, some are concerned about the tool's impact on privacy. It could potentially be used to identify criminal suspects or those in images that have purposely been pixelated. For example, documentaries often pixelate a subject's face if that person does not wish to be connected with the information that they are providing. This kind of tool could endanger those witnesses. 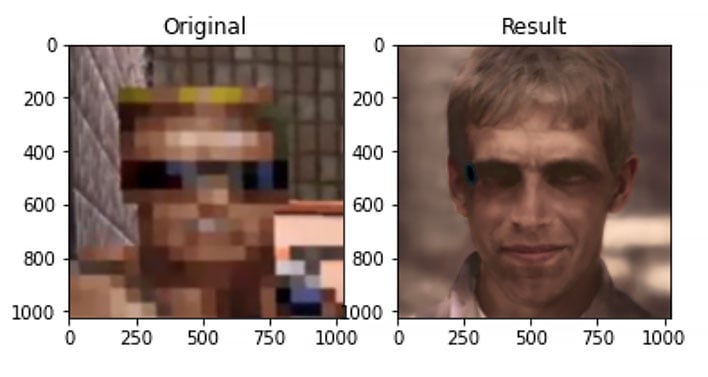 It will be interesting to see how society handles the increasing number of AI-powered facial recognition and creation tools. One team at the Chinese Academy of Sciences and City University of Hong Kong created “DeepFaceDrawing” which transforms amatuer sketches into high-resolution images. The team believes that their tool could be particularly helpful in “criminal investigation, character design, educational training, etc.” The framework is not perfect, but it certainly creates some fairly realistic images that could be very useful in some applications.