In March of this year, CD Projekt Red, the developer behind The Witcher and Cyberpunk 2077 announced a "new saga" in The Witcher series. Along with this announcement was a blog post that they were going to be eliminating their home-grown RED Engine and move to Epic Games' Unreal Engine 5 for their next title. Well, while there is a new game intended to be released within the Witcher series, on October 26th, the development team announced that the first title they released, The Witcher, is getting a remake in Unreal Engine 5 as well.

This seems to fall in line with a pretty popular movement right now for developers to remake their most defining titles. Activision and Infinity Ward have been working on a remake of Call of Duty: Modern Warfare II slated to be released on October 28, 2022, and EA and Motive have been working on a Dead Space remake. All of these remakes look to be fantastically well done. While there may be consumers who will comment that nothing original anymore and everything is a remake, there is a market for these—rose colored glasses and nostalgia sells. Nintendo, Game Freak, and The Pokémon company sold around 14.66 million units on the Let's Go releases of the games for Nintendo Switch according to Statista. Those are remakes of a sort based on the original Pokémon Red and Pokémon Blue.

We're thrilled to reveal that, together with @Fools_Theory, we're working on remaking The Witcher using Unreal Engine 5 (codename: Canis Majoris)!

We want to do this right, so please be patient — it's gonna be a while until we can share more details.
⚔️ https://t.co/6VCAokPgXs pic.twitter.com/ERFOXQrUEP

This move is quite beneficial for CD Projekt Red. Unreal Engine is an extremely well known engine used in countless forms of media including video games and movies. This means if they need to find new staff, there is likely a pretty solid pool of people with experience in utilizing it. Additionally, their initial blog post about their next game in The Witcher series pointed out that part of the move will be developing internal tools, workflows, procedures, and in general learning the engine. What better way to learn the engine than make a game you've already made in it?

On the official Witcher News Post announcement, Head of CD Projekt Red, Adam Badowsky, said the following, "The Witcher is where it all started for us, for CD PROJEKT RED. It was the first game we made, ever, and it was a big moment for us then. Going back to this place and remaking the game for the next generation of gamers to experience it feels just as big, if not bigger..." 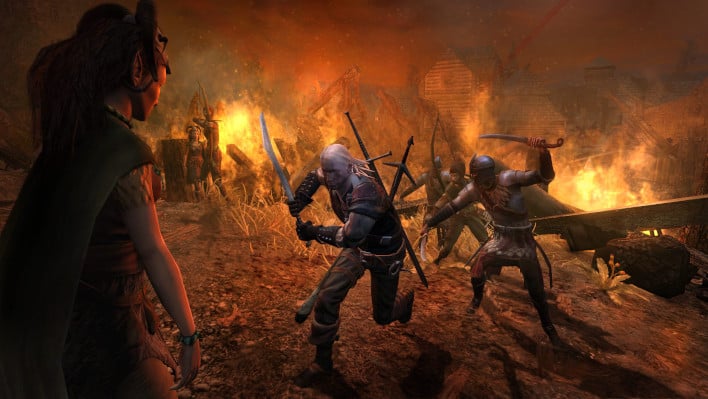 This move can be beneficial for consumers, too. Usually a development team doing something like this means that the original release of the title will be massively discounted. Additionally, a new release allows for significantly upgrades graphics and capabilities, and, just as Adam Badowski states, new generations can appreciate the title as much as those of us who enjoyed it the first time around.