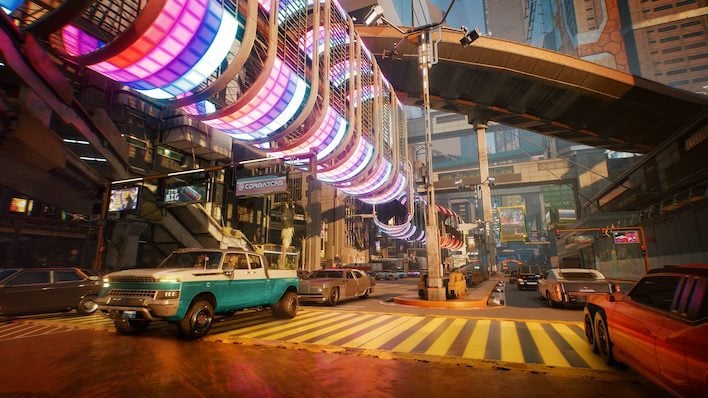 Cyberpunk 2077 is shaping up to be one of the biggest gaming releases of 2020, and excitement surrounding the game is understandably incredibly high. We already knew that the launch of Cyberpunk 2077 would be a "family affair", so to speak, as it will launch on November 19th for the Xbox, PlayStation, and PC platforms.

However, CD Projekt Red confirmed today that Cyberpunk 2077 will be arriving on Google Stadia on the exact same day that it hits other platforms. This is an awesome development for those that have invested in Google's game streaming platform. The release of the game will represent the culmination of years of development, along with two recent delays to the game. However, the game went gold earlier this month, so there shouldn't be any more delays to get in the way of next month's launch.

Cyberpunk 2077 is coming to @GoogleStadia on November 19th!

This means you will be able to explore Night City across your favorite devices instantly right when the game becomes available. Pre-order now at: https://t.co/UOqkinGRHB pic.twitter.com/ZwNav1d5fJ

On the console side of things, the game will launch in PlayStation 4 and Xbox One versions. However, the game will be compatible with the next-generation PlayStation 5 and Xbox Series S/X as well. Optimized versions of Cyberpunk 2077 will be available for both console platforms at an undisclosed future date.

As for PC users, despite its in-depth gameplay and rich graphics, Cyberpunk 2077 won't require a Herculean gaming rid to play. The minimum specs call for a Core i5-3570K, 8GB of RAM, and a GeForce GTX 780. However, it's recommended that you step up to a at least Core i7-4790, 12GB of RAM and a GeForce GTX 1060 get a better gaming experience. Regardless of how potent your rig is, you'll need 70GB of HDD space to accommodate the game.

As for Stadia, you don't really have to worry about how "powerful" your device is or how much free space you have since it will be streaming over the internet. You can access Stadia using an Android smartphone/tablet (with the Stadia app), via your Chrome browser on a PC, or even on your TV using a Chromecast Ultra.