We love new tech and gaming, but we cannot ignore our roots. As such, it's not a surprise to many when we say that we also love retro. We get excited when we hear about a new remaster of a classic game, especially when it's a remaster of a title in the legendary Castlevania series. It may not be from Konami, but a fan made remake of Castlevania 2: Simon's Quest has been released.

Titled Castlevania Chronicles II: Simon's Quest, the naming convention follows 1993's PlayStation 1 Castlevania Chronicles. That was a remake of the first title in the series at the time, 1986's Castlevania and was developed by Konami. Some fans, however, got tired of waiting for the "Chronicles" follow up, so they took it upon themselves to put together their own remaster. It has been 30 years since that PlayStation release, after all, and 36 years since NES/Famicom owners saw the original release of Castlevania II: Simon's Quest. There have been re-releases for Windows, Nintendo's Virtual Consoles on Wii, Wii U, 3DS, and Nintendo Switch, and PlayStation 4 and Xbox One, but these were all ports or emulations.

The trailer for the fan made remake, under the studio name WarMachine Studios, boasts new and improved visuals, a swap from hearts to gold as a currency pickup for purchasing items, a new slide feature, and more. The game even has a downloadable original sound track. And it's all free—both the game and the soundtrack. Unfortunately the only "official" download posting of the game is on Google Drive which has a daily download limit that, as of this writing, was reached rather rapidly. That limit has also been hit for the version 0.2 update for the title. 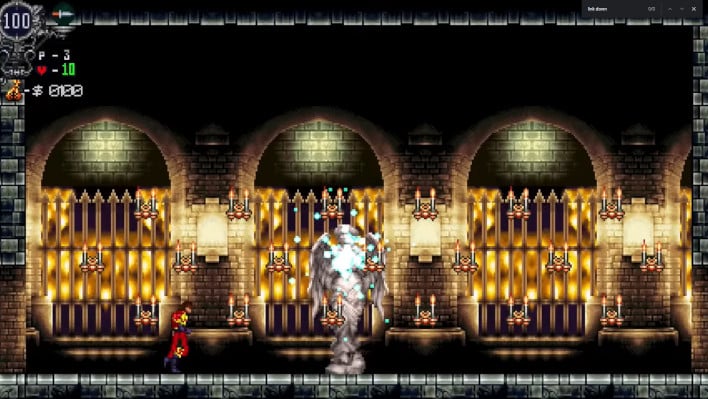 Overall the response on the gameplay videos and trailers of the the game has been positive, with many a nostalgia fueled love for the original NES and a thankful feeling of more completeness on this launch. The trailer was recently posted to the Castlevania subreddit to an excited response as well. To WarMachine Studios, we think your work looks awesome and can't wait to play it. We will just be hovering on that download button once in a while to make sure we can score an actual download—or is there a Konami code we can enter to get a more reliable download link?

Due to the high demand and often threshold reaching on Google Drive, the team has uploaded the game to Archive.org, allowing for both direct and torrent downloads.