The Canon EOS R5 C brings seemingly unlimited 8K video recording in a small form factor to content creators. The hybrid camera trades out the in-body image stabilization found in its counterpart EOS R5, for a fan-powered cooling system that allows users to shoot 8K video until the battery runs out or the memory card fills up.

Content creation continues to rise in popularity, and creators are always trying to up their game in order to stay relevant. Having a high quality camera that can produce crisp and clear video is an absolute must. Whether you are recording a video for YouTube, creating an Indie film, or making the latest and greatest documentary, 8K is slowly becoming the standard for recording video. But, Canon not only wants to give creators a camera that can deliver unlimited 8K video recording, it wants to also give them a camera that can capture incredible still photographs as well. And with that in mind, the Canon EOS R5 C was born.

The EOS R5 C shares a few of the same features as the EOS R5. Both cameras have the same RF lens mount, 45MP CMOS sensor, 3.2-inch rear touchscreen, and 5.76-million dot electronic viewfinder. Both mirrorless cameras also sport a Digic X processor, which Canon says are adapted slightly for each camera. What sets the two apart, however, is the fact that the EOS R5 C is built mainly for capturing cinema quality video. The inclusion of a fan-powered cooling system allows users the ability to keep filming, when before they might of had to cut a recording session short. 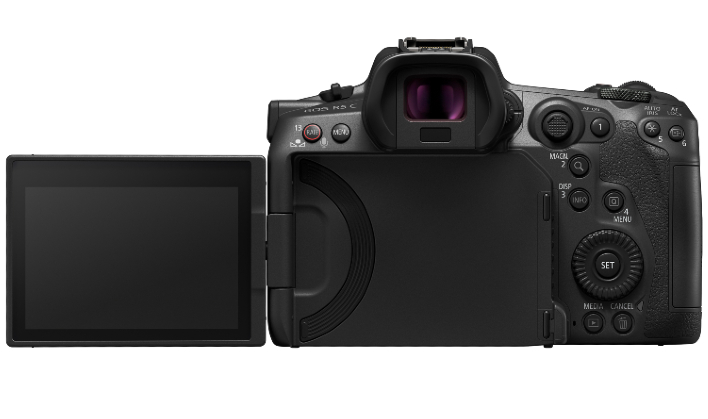 Tatsuro "Tony" Kano, Executive Vice President and General Manager of Canon U.S.A's Imaging Technologies and Communications Group, says, "Imaging professionals are living in a multimedia world. Gone are the days of only needing to be sufficiently equipped and skilled at video or stills." He continued, "The EOS R5 C squarely takes aim at providing end-users with a solution that can tackle all facets of the ever-demanding multimedia and content production landscape. Canon is confident this all-in-one solution can help improve the workflow for a variety of content creators."

Canon's new camera can record non-stop, uninterrupted 8K/60P thanks to that new cooling system. It can also record High Frame Rate (HFR) video up to 120P at 4K resolution in 4:2:2 10-bit without cropping the sensor. Canon has also enabled the ability to record WAV audio as a separate file from video while recording in HFR, unlike some other cameras out there. The EOS R5 C is also Canon's first camera to include internal 8K 60P Cinema RAW Light recording. Cinema RAW Light is a compressed format that gives over an hour of recording from a charge. 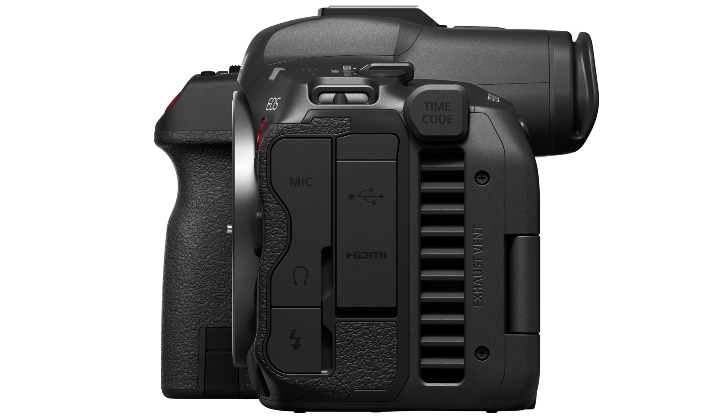 If you are in need of capturing some amazing still photographs, the EOS R5 C has you covered. As mentioned before, it shares the same Digic X processor and 45MP CMOS sensor as the EOS R5. The camera has an ISO range of 100-51200, expandable to 102400. You will be able to capture action shots with up to 12 frames-per-second (fps) in mechanical shutter mode, and up to 20fps in silent electronic shutter mode. Other features include, Eye, Face and Head Detection AF, or intuitively track the whole body, face, or eye of cats, dogs, or birds with Animal Detection AF. There is also the option of vehicle subject detection to track cars and motorcycles accurately while moving at high speeds. The camera also offers 5GHz, 2.4GHz and Bluetooth connectivity.

Canon's EOS R5 C will be made available for purchase in March for $4,499. This places it between the EOS R5 ($3,899), and the EOS C70 ($5,499). If you are wanting to get your hands on one of these cameras, however, you will want to pull the trigger quickly. The EOS R3 recently sold out extremely fast, and Canon is not expected to replenish those for another six months.