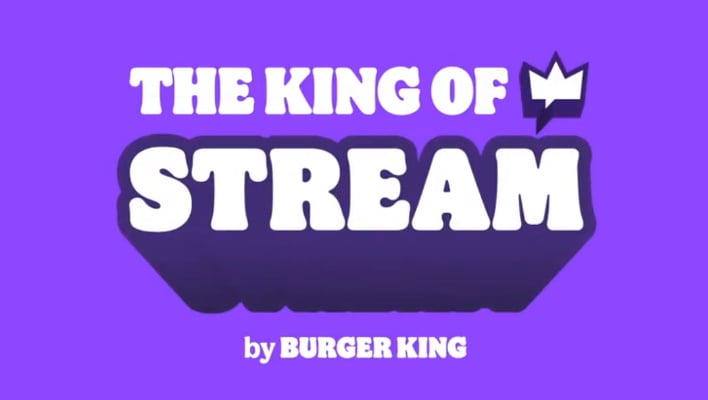 On August 18, Ogilvy, an ad campaign company, dropped an ad for Burger King, which stirred up some ire among Twitch streamers and the gaming community alike. In the offending ad (linked below), an account called THE_KING_OF_STREAM_US goes across different Twitch channels, donating a certain amount of money corresponding to a menu item at Burger King. On many Twitch streams, viewers can donate money to enable text-to-speech. The media team behind this, DAVID Madrid, knew this and took advantage of it, collecting clips as they went.

Simply searching Burger King on Twitter drops you into a rabbit hole of users explaining their disdain for these tactics. At the top of the list, a user by the handle @RubberNinja says they were a part of this whole ordeal. According to his tweet, he calls it “scummy as hell,” and in jest, he inserts his discussion into the ad after he gets his donation.


Hey @BurgerKing you guys took out our talk, so I put it back in for you. Also this marketing is scummy as hell, don't ever do it again. pic.twitter.com/fiOBbFomZo

Whether it is scummy or not, it may break FTC and Twitch rules across the board. According to the FTC page on advertising on the internet, it states that a person or company working with a brand to endorse products must make a disclosure on whether something is an advertisement. The FTC also has a more verbose page about advertising going into similar details. According to Twitch rules, they list the following under prohibited conduct:


iii. send junk mail or spam to users of the Twitch Services, including without limitation unsolicited advertising, promotional materials, or other solicitation material; bulk mailing of commercial advertising, chain mail, informational announcements, charity requests, petitions for signatures, or any of the preceding things related to promotional giveaways (such as raffles and contests); and other similar activities;


According to Streamlabs, a popular streaming tool to handle tips and donations, there is a blurb about sending donations in the terms. It is as follows:


By sending a tip or donation to the recipient, you agree that the card is your own and authorize us to charge each tip transaction in full. This charge is non-refundable, non-profitable, and/or exchangeable and cannot be withdrawn or charged back. You acknowledge that you are not receiving any goods/services in return for this tip.


Generally, the FTC and Twitch have rules about not partaking in ads as Burger King and Ogilvy did.  The streaming tool services also have rules about not using the donations for ads in a roundabout way. In whatever way you interpret these rules determines how badly Ogilvy messed up, if at all. No matter what, it seems a little shady to bombard content creators with advertisements which they did not expect nor were compensated fairly for. At the end of the day, you can decide on how bad this really was and which side you take. Let us know what you think of these tactics in the comments below.