The Blood Moon Total Lunar Eclipse Is Coming, How To Watch This Ominous Event

The Moon remains lit during a total lunar eclipse, because some of the sunlight passing through the Earth's atmosphere is still able to reach the lunar surface. Due to the fact that longer light wavelengths, such as red and orange, do not scatter as easily as shorter ones, like blues and violets, the Moon appears to be reddish or orange during a lunar eclipse. NASA also notes that the more dust or clouds that are in the Earth's atmosphere during the eclipse, the redder the Moon will appear. 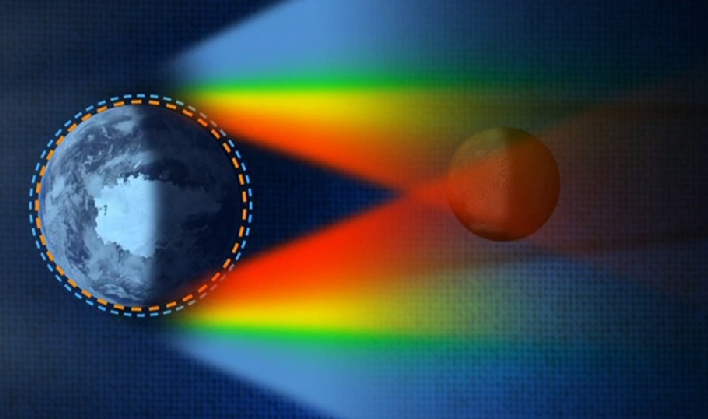 If you plan on catching a glimpse of the lunar eclipse, you do not need any special equipment. You will, however, need clear skies to get the best view. The less light you are around, such as city lights in urban areas, the better your view will be. The location of the Blood Moon eclipse in the night sky will vary depending on your location but, as noted, with clear skies it should be easy to observe.

For those who live in North and Central America and in Ecuador, Colombia, and western portions of Venezuela and Peru, you will have the ability to view the stage of the eclipse where the Moon is entirely in Earth's shadow. In Puerto Rico, the Moon sets just after totality begins. The eclipse will also be visible in Asia, Australia, and New Zealand. If you happen to reside in Alaska or Hawaii, you will have the opportunity to see every stage of the eclipse. If you would like to view when to catch the Blood Moon according to your time zone, visit NASA's Scientific Visual Studio.

If you live somewhere where clouds are an issue, or in an area where the eclipse is not viewable, you can take advantage of numerous organizations that will be live streaming the event. One of those will be NASA's Dial-a-Moon.