If it was up to us, Mac Jones would adorn the cover of Madden NFL 22 instead of Patrick Mahomes (yeah, we tend to get overly excited about the Patriots around these parts). He's the real deal (you'll see). Our unsolicited opinion aside, you can score a pretty hefty discount on Madden NFL 22, and play it on the new-generation console you're going to score this week. Wait, what!?
Everyone and their uncle wants to nab either a PlayStation 5 or Xbox Series X, and though both have been on the market for about a year now they remain incredibly difficult to find in stock. There's some good news, though—both are going to pop up during Black Friday week. Walmart in particular has confirmed it will carry both consoles on November 22. There's a caveat, though (because isn't there always?). 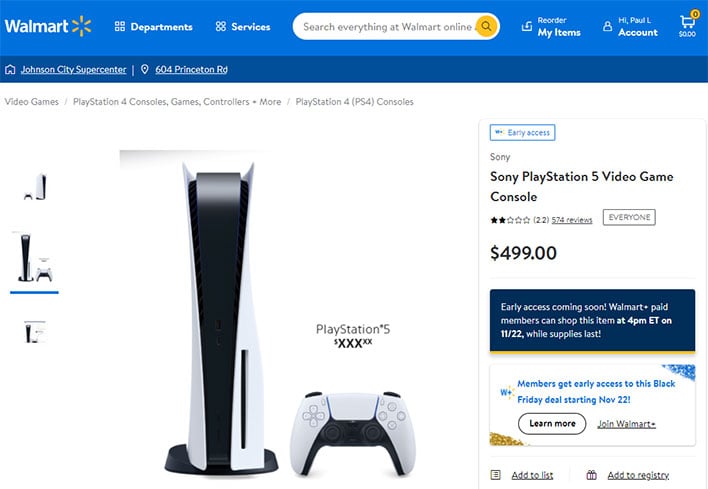 On the item pages for each console, Walmart tips the upcoming availability saying, "Early access coming soon! Walmart+ paid members can shop this item at 4pm ET on 11/22, while supplies last!"
Walmart+ is sort of like Amazon's Prime membership, in that it comes with certain perks. It costs $12.95 per month or $98 per year, though you can sign up for a free 15-day trial.
You'll need to do that in order to score one of these consoles on Monday. In doing so, you'll also be eligible to nab deals on other Black Friday discounts before non-members. Once you've signed up, bookmark these links...
There's no mention of the Xbox Series S, though that console has been much easier to find in stock. For example, it's available at Best Buy at the time of this writing.
Speaking of Best Buy, there's a good chance the retailer will restock the latest consoles this week as well. Here a couple of links to keep in your back pocket...
It looks like Best Buy will have individual PS5 consoles and bundle deals. In addition, you can find discounts on a bunch of PS5 games right now by hitting the PS5 landing page above and scrolling down.

Finally, we've rounded up some accessories that are on sale at Amazon, and the aforementioned Madden NFL 22, which is more than 40 percent off right now...
Good luck on scoring a console this week!