Bitcoin Just Ballooned To $20,000 For the First Time Ever And Is Still Climbing 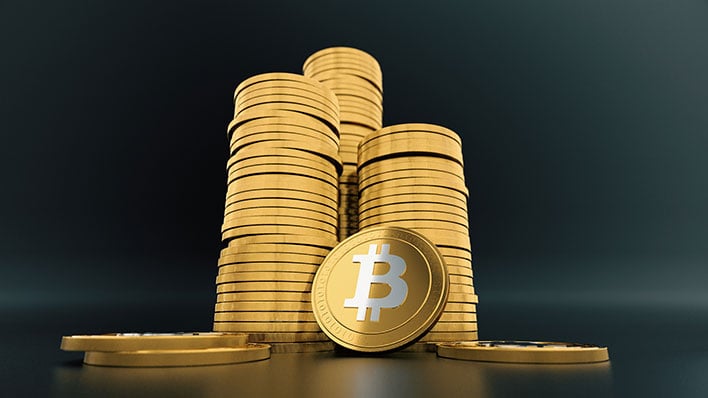 Back in late 2017, it looked like Bitcoin was on track to breach $20,000, but it did not quite get there. Even worse for Bitcoin investors, the digital currency went on a downward spiral of sorts as the crypto-market as a whole softened—by February 2018, it had dropped to below $7,000. And now? It has finally cracked the $20,000 mark in a remarkable surge, and who knows where it will stop.
At the time of this writing, Bitcoin is trading at $20,737.03. This is the first time it has ever poked through the $20,000 mark. Its value has just about tripled in 2020. This does not take away from the fact that cryptocurrency is highly volatile—it reinforces that notion. But it also underscores the resiliency of Bitcoin over the long term.
This latest rise in value comes on the heels of a precipitous drop during the Coronavirus pandemic, in which Bitcoin tumbled by around 25 percent. So, what's at the heart of Bitcoin's rebound, and somewhat surprising surge to new heights while the pandemic still rages on? Heck, just last month, US authorities seized $1 billion in Bitcoin linked to the Silk Road dark web marketplace.
Nobody cares about that, apparently. We mused on Bitcoin's rise a few weeks ago, noting that one contributing factor is PayPal deciding to embrace the digital currency. PayPal announced in October that it would begin accepting Bitcoin payments, which as the time prompted the currency's price to rise. However, it is very unlikely that PayPal is the sole driving force.
Recently, Square clients snatched up almost half of new Bitcoin that entered the market, and that seems to be playing a role as well. And there have been some prominent investors who have bought into the digital currency lately, like Stanley Freeman Druckenmiller, who recently remarked to CNBC "If the gold bet works, the Bitcoin bet will work better."
The long game will determine if he's right. As of right now, it's hard to argue against his comment, or Bitcoin, which continues to climb.