At long last, we have some finalized specifications to share regarding Aya Neo's 'Next' handheld gaming PC. Prior to CES, the company had been teasing an upgrade of its original model with "next generation AMD cores for gamers," which could have one of a few different options. Turns out it was the Ryzen 7 5800U (Cezanne).

It's a decent upgrade over the Ryzen 5 4500U (Renoir) that shipped with the previous generation model. The Ryzen 7 5800U is an 8-core/16-thread chip based on AMD's 7nm Zen 3 architecture, with a 1.9GHz base clock, 4.4GHz max boost clock, and 16MB of L3 cache. For graphics, it taps eight Vega compute units clocked at 2GHz.
There was some speculation that Aya Neo might inject a newly-announced Ryzen 6000 series processor into the Next, especially after it delayed its specs reveal until after AMD's CES event. We were skeptical, and ultimately correct. As tantalizing as it would be to harness Zen 3+ and RDNA 2 in an Aya Neo handheld, that day will have will to wait.
It sounds like that day will come at some point, though.  Aya Neo isn't really pitching the Next as a second-generation handheld PC, but a revamp of the original based on what's available.
"My definition of Next is that I want it to be available to gamers as soon as possible, without having to wait more than six months. AMD's 6000 series APUs will be released soon and, not surprisingly, availability may take until the end of the year," Aya Neo founder Arthur Zhang said. 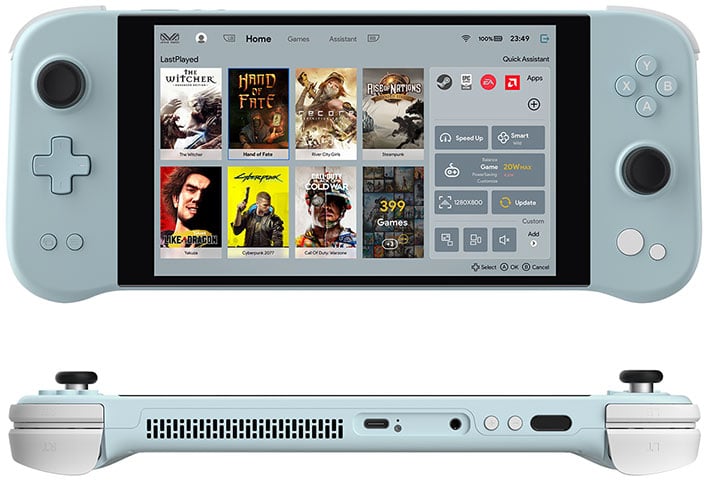 It also looks a lot slicker than the original version, at least to our eyeballs. There are a few different versions of the handheld: Next, Next Advance, and Next Pro. Here's how the specs break down... 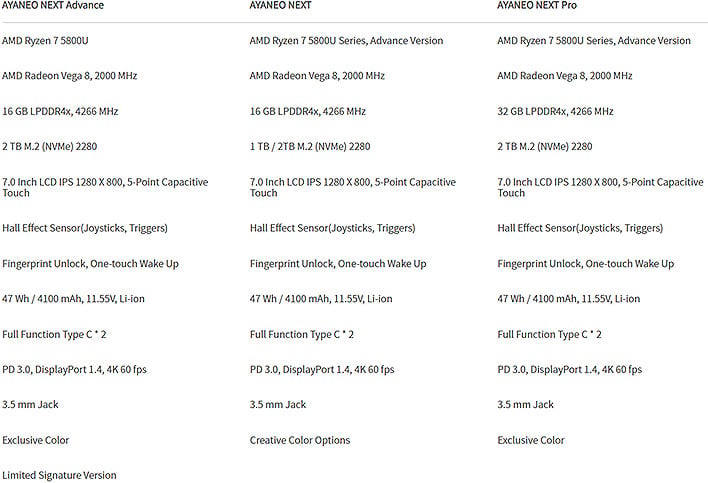 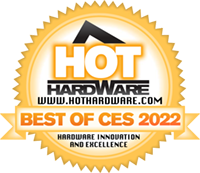 There's 32GB of RAM in the Pro version, which is twice as much as the other variants, and the most of any handheld PC (that we're aware of). And for storage, users are looking at 1TB or 2TB, depending on the model, with both capacities served up from an M.2 form factor NVMe solid state drive. The screen is the same across all SKUs as well—a 7-inch IPS display with a 1280x800 resolution and 5-point capacitive touch support.
Beyond the core hardware, one thing Aya Neo wants to drive home is the use of hall sensors on the joystics and triggers. By reducing the number of physical components that can wear out over time, Aya Neo is promising not only more accurate control, but added durability with no drift. That latter claim, if true, is a welcome one considering that it's been a frustrating part of controller design.

The Aya Neo Next will ship later this year starting at $1,315.