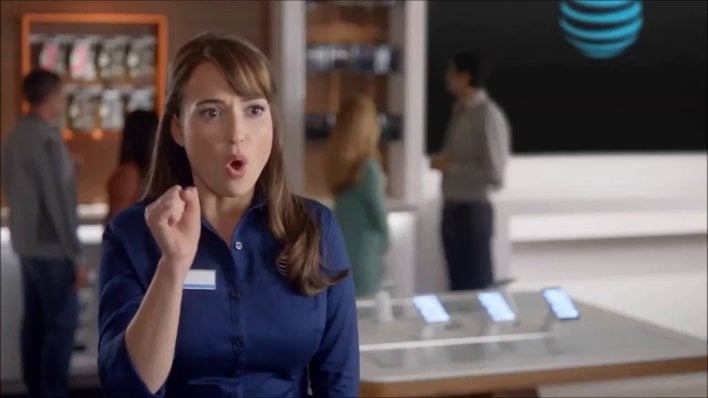 AT&T just sent a chill up the spines of thousands of customers who it claims will be forced to upgrade their phones or face service discontinuation. The second-place U.S. wireless carrier is sending notices to customers via email that warn that their device “is not compatible with the new network” and that they will need to upgrade to a new phone.

The warning comes as AT&T prepares to shutter its legacy 3G network in order to support newer 4G LTE and 5G wireless technologies. According to AT&T, the official cutoff will occur in early 2022. The wireless carrier writes:

To bring you faster speeds and new features, we have to evolve America’s best and also fastest network. One change we’re making is phasing out our 3G network by February 2022. Once we do, 3G devices and 4G wireless devices that don’t support HD Voice will no longer work on our network.

Devices that are affected by this network “ban” do not fully support AT&T’s HD Voice (Voice over LTE, or VoLTE) technology. Without VoLTE support, these devices will not be able to make voice calls once February 2022 rolls around. This network shift will have wide-ranging implications not only for users of really old 3G-only phones, but also newer unlocked devices that weren’t officially sold by AT&T. 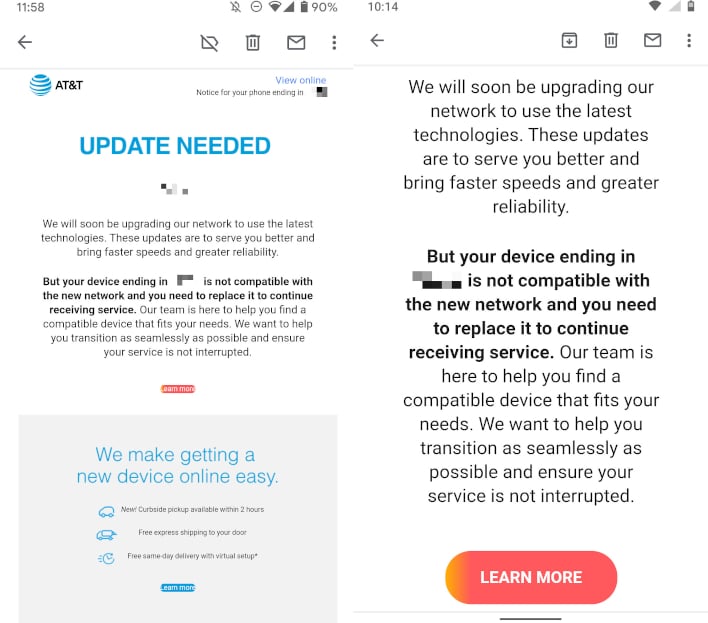 In one particular instance, the owner of an unlocked Samsung Galaxy S10e – a device that was released just over a year ago – received the email notice from AT&T. That particular version of the Galaxy S10e doesn’t fully support AT&T’s HD Voice VoLTE implementation, so it will be locked out in 2022.

According to Android Police, AT&T whitelists a limited number of the smartphones that it sells for HD Voice service. Customers using unlocked smartphones must either be whitelisted by AT&T in the future (which isn’t guaranteed), upgrade to a newer phone, or switch to a different carrier.

We’ve reached out to AT&T for further clarification on potential device whitelisting for unlocked phones that are otherwise currently functioning normally on its wireless network.