Nearly everyone has grown tired of robocalls that spoof phone numbers in an attempt to get you to refinance your student loans or buy an extended warranty for your car. AT&T is trying to end the robocall scourge and has enabled new displays on some smartphones that will tell you if the number you are seeing on the screen is actually the number that is calling.

The new feature is activated on the Samsung Galaxy S10, Galaxy S10+, and LG V40 ThinQ. The screen shows the phone number, and then right above the "Incoming call" text, it shows "valid number" if the number that is calling is actually the number seen on the screen. The number itself also gets a green checkmark next to it. 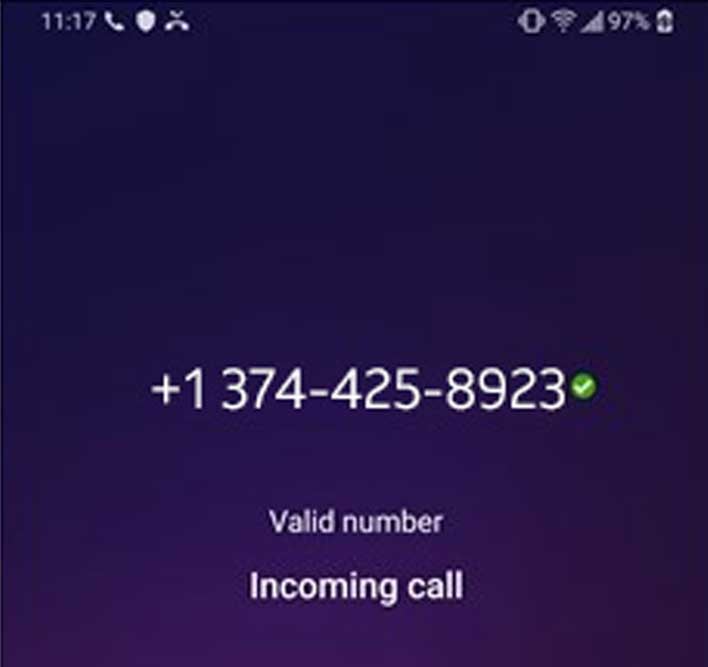 The same feature is supported on the AT&T Digital Home Phone Service. For home phone users, they will see a "V" for a valid number. AT&T notes that phone service providers have jointly developed a technology called the SHAKEN/STIR standards to digitally validate the call. The carrier notes that this won't stop robocalls, but it's a step towards giving consumers the confidence that the number they see is the number actually calling.

AT&T Phone digital home users do have to opt-into the service by going into their account, and validation displays will come to more devices in the new year. In other Samsung Galaxy S10 news, the official Android 10 firmware started rolling out last month.