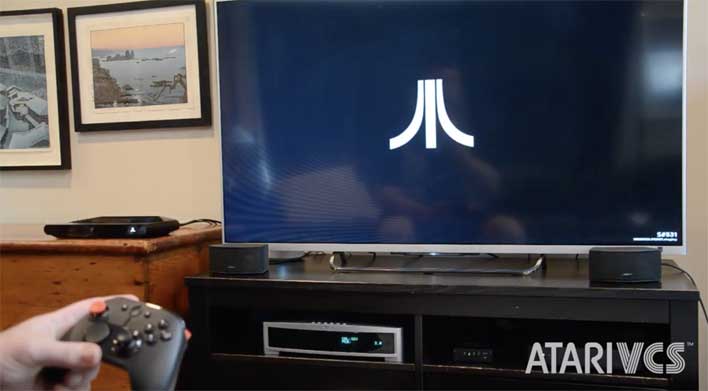 Gamers have been waiting for years for the Atari VCS game system to launch. Development of the game console is ongoing, and the Atari VCS team has offered an update. Lots of work is being accomplished during the coronavirus pandemic and resulting quarantine. Developers say they're entering the home stretch on the project. The first 500 Atari VCS production units will exit the factory by mid-June.

A slight delay was caused in the launch schedule when plastic parts were rejected by the factory and had to be re-fabricated. The developers behind the console say that the procurement teams have made significant progress with efforts to acquire outstanding parts and materials required to build the consoles in volume. Atari VCS has passed the second anniversary of its launch on Indiegogo, where 11,597 people backed the project.

Developers currently expect that all the parts and materials needed to build the consoles will be on hand for the additional units to be produced this summer. Atari promises to inform backers as soon as additional details are available, but no specific date is announced at this time. When New York City was shut down due to the coronavirus pandemic, multiple Atari VCS pre-production units were stuck in an office. Only recently were those machines rescued and distributed to internal and VIP testers known as the Atari VCS @HomeGroup A.

The group consists of people who have worked to keep from having too much first-hand exposure to the Atari VCS and its accessories. Testers range from casual to hardcore gamers over a wide demographic range. Feedback received from the group has been positive and instructive, according to the developers. Videos have turned up from one of these test members showing the Atari VCS in action.

Developers note some of the videos were made using an Atari VCS unit with upgraded RAM and storage. Another disclaimer given by the Atari VCS team is that the videos are for demonstration purposes only, and nothing appearing in them should be taken as official announcements or promises of any specific content in the Atari VCS store. Details of the full lineup of games will be offered at a later date. Pre-production for the console kicked off back in February 2020 with those early kits going to developers.