Forget about bang-for-buck or any semblance of a value proposition, because without apology, ASUS chucked those notions out the window and built a beastly motherboard for AMD's third-generation Ryzen Threadripper 3990X, a monstrous high-end desktop (HEDT) CPU with 64 physical cores and 128 threads of computing muscle.
The Threadripper 3990X is not even available to purchase yet, but it soon will be—it launches to retail on February 7, 2020, for a whopping $3,990. That is a lot of coin, and to be fair, the Threadripper 3990X offers a whole lot of multi-threaded muscle. And as with the rest of the third-generation Threadripper lineup, it requires a socket sTRX4 motherboard. 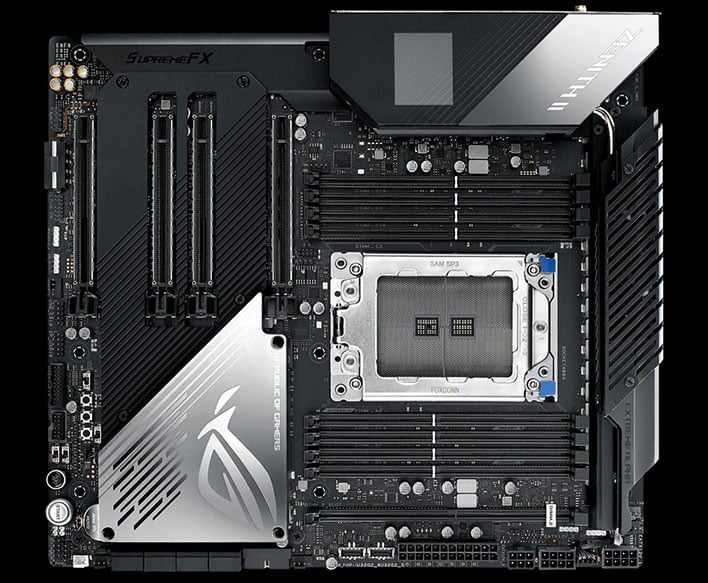 That is where ASUS's new ROG Zenith II Extreme Alpha comes into play. A preliminary listing on Amazon has it sitting at $849.99 (basically a pre-order price, as the listing says it "usually ships within 1 to 2 months). Combined with the Threadripper 3990X, you're looking at ponying up $4,839.99 just for the CPU and motherboard alone.
Make no mistake, the ROG Zenith II Extreme Alpha is a top shelf slab of electrical traces and high end components. It offers 16 high-current 90A power stages for "supreme efficiency and enhanced headroom for overclocking," and has enough lane bandwidth to connect up to 33 devices simultaneously, with each PCI Express x16 and M.2 slot wired with PCI Express 4.0.
There are four reinforced PCIe x16 ports in all, along with four M.2 slots, four SATA 6Gbps ports powered by the TRX40 chipset, and four more 6Gbps ports powered by an ASMedia controller. 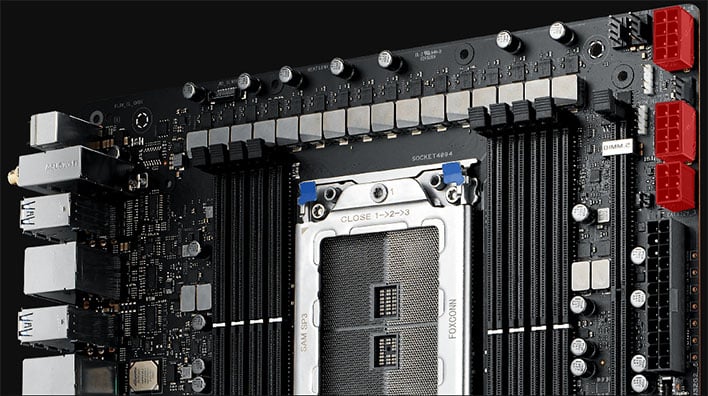 There's not much to nitpick here, outside of the luxury price tag. For those who can afford it and are wiling to go all-out on a PC setup, value be damned, the ROG Zenith II Extreme Alpha looks like a killer option for AMD's fastest Threadripper processor to date.