The number of gamers chugging along on pre-RTX graphics hardware is disheartening, but it's impossible to blame the gamers themselves given the state of the market in the last few years. Whatever theory you subscribe to, whether it's the fault of miners, coronavirus, scalpers, malicious market manipulation, or some other boogeyman, the good news is that the grossly overstressed GPU market is slowly relaxing a bit.


If you're among the legions desperately looking for a graphics card upgrade, take heart—ASUS just sent along an official release promising lower prices on its GeForce RTX 30-series graphics cards this Spring. There's not much meat to the announcement—we've basically just told you all that it says—but ASUS does elaborate on the reason for the price cuts: the ending of US tariffs on Chinese imports. 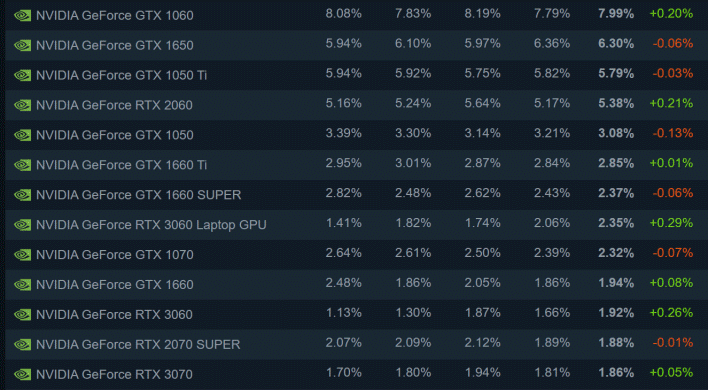 The company says that the price cuts will start on April 1st, so quite soon indeed. ASUS claims to be "among the first" to pass on the savings to its consumers, and specifies that the price cuts will affect everything from the Geforce RTX 3050 on up. We don't know exactly what the final prices will be on anything, but apparently the suggested retail prices will be cut by as much as 25% "on different models throughout the springtime."

This bodes well for rumormongers claiming that the RTX 3000 series will live beyond the launch of the RTX 4000 series. Of course, it remains to be seen whether we'll be able to get our hands on these cards, but given numerous reports of folks seeing product staying on shelves more than a few minutes, we think there might be hope.