Hurricane Ian was captured from far above on Monday as the International Space Station moved over the colossal storm. The storm was still south of Cuba and making its way to Florida's Gulf Coast when the images from 260 miles above were captured.

The International Space Station (ISS) passed above the then-Tropical Storm Ian, capturing just how massive and menacing this product of Mother Nature truly is. Since then, it has been upgraded to a category 4 hurricane and is currently approaching the Gulf Coast of Florida. The footage from high above can be seen via a tweet from the official ISS Twitter account (click on the image below to view the video on Twitter). 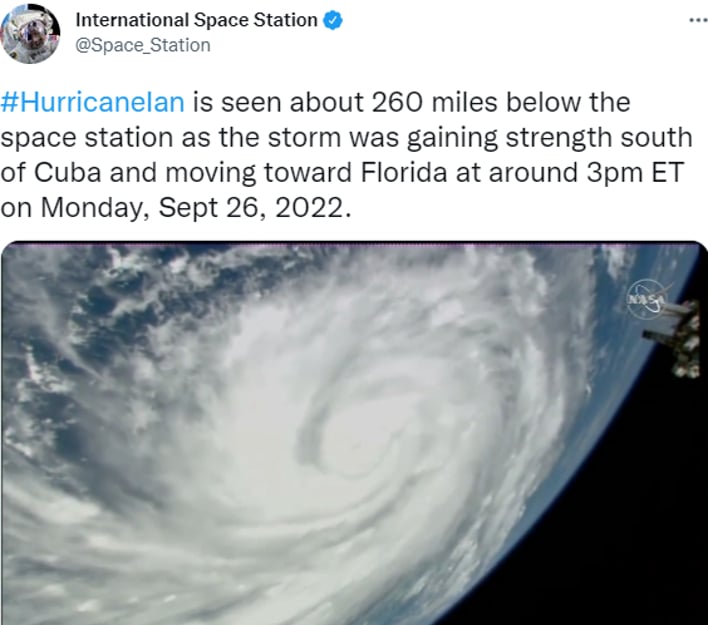 At the time of this writing, Hurricane Ian's outer bands are beginning to produce heavy rain fall and high wind gusts in the lower part of Florida. The storm is expected to be one of the most intense hurricanes Florida has seen recently, with catastrophic storm surge, destructive winds and flooding rainfall.

The views from the ISS, as phenomenal as they might be to look at, are only a glimpse of Hurricane Ian and the impact it has had—and will have—on those it affects. It has already produced Key West's third highest storm surge in over 100 years on Tuesday. This immense storm had maximum sustained winds of 155 mph as of 9:00 a.m. EDT Wednesday morning, according to Weather.com. 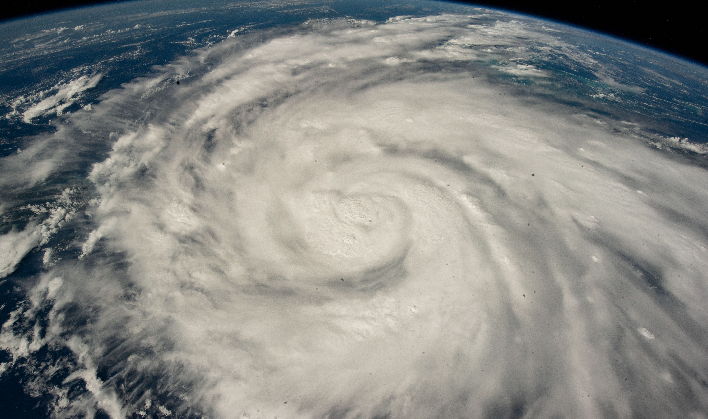 Landfall is expected around noon EST today, between the Sarasota, Port Charlotte and Fort Myers areas. As Hurricane Ian makes landfall, it is expected to travel northward along the Georgia and South Carolina coasts on the Atlantic side.

For anyone in the path of Hurricane Ian, and for those who have already been impacted, our thoughts are with you. FEMA has released Just In Time guidance available here.