AMD's Radeon RX 6700 XT will go on sale on March 18th, which means that we'll be seeing many new cards introduced over the next week and beyond. One such company onboard the AMD train is ASRock, which will release three custom Radeon RX 6700 XT across its Phantom Gaming and Challenger families.

First up is the RX 6700 XT Challenger D 12GB, which ASRock bills as its "mainstream" option. It features dual Striped Axial Fans and ASRock's Ultra-fit heatpipe to maximize heat dissipation from the GPU. Also onboard is a strengthened metal backplate. Given that this is the base entry in the family, it doesn't feature any RGB LEDs, which might be a bonus for people who prefer a stealthier look. 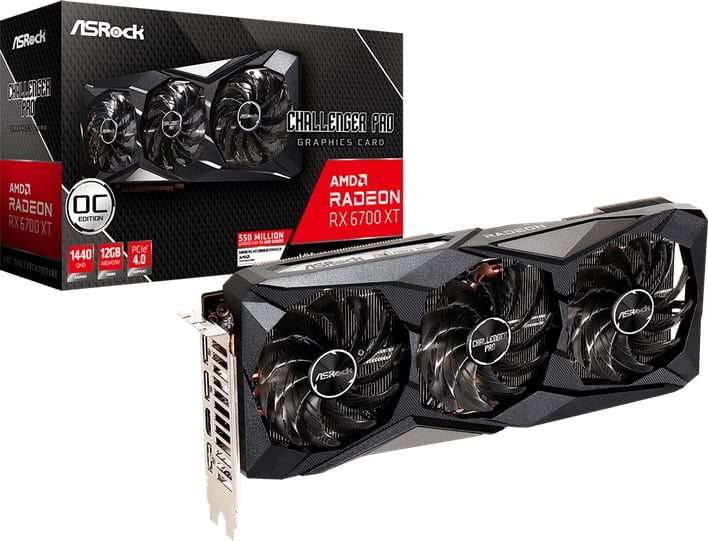 Moving up the ladder, we come to the Radeon RX 6700 XT Challenger Pro 12GB OC, which instead uses triple fans to cool off the GPU. These are the same Striped Axial Fans found on its lesser sibling, and you'll also retain the metal backplate. The beefier cooling solution -- and the OC in its name -- implies that this card will have loftier clocks than the Challenger D 12GB. However, ASRock isn't quite ready to dish out those specs.

Finally, we come to the Radeon RX 6700 XT Phantom Gaming D 12GB OC, the flagship of ASRock's Radeon RX 6700 XT family. This card is amped-up with the Phantom Gaming 3X cooling system, as this card comes pre-overclocked from the factory (again, ASRock isn't providing official clock speeds). The middle fan has RGB lighting, as does the card itself for those that want to add a splash of colors to their rig. The color effects are fully customizable via Polychrome SYNC. 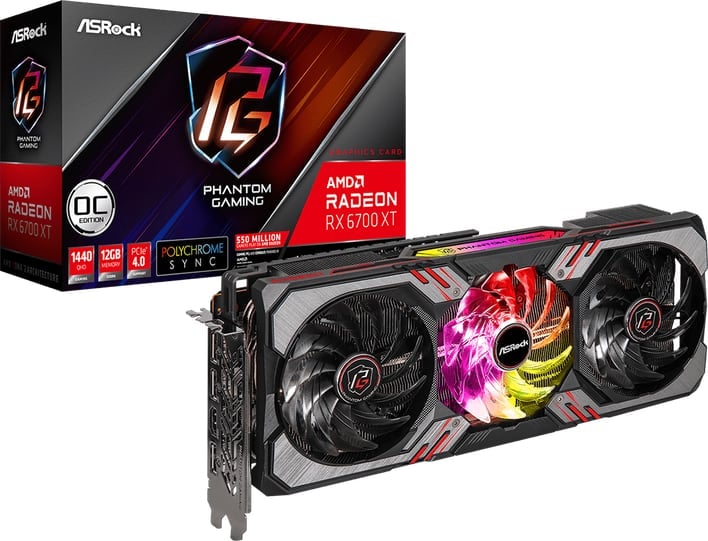 AMD is billing the Radeon RX 6700 XT as the perfect foil for the GeForce RTX 3060 Ti and GeForce RTX 3070. It's designed to be a 1440p gaming powerhouse and comes standard with 12GB of GDDR6 memory. The RDNA2 GPU has 40 compute units, 40 ray tracing accelerators, 96MB of onboard Infinity Cache, and a game clock of 2424MHz. AMD is also quoting a TBP of 230 watts.

The Radeon RX 6700 XT has an MSRP of $479, but expect these custom cards from ASRock to carry a premium, pushing at least the two higher-end SKUs into the $500+ range. However, finding any current graphics card at MSRP these days is nearly impossible, as shortages are forcing gamers to pay highly inflated prices from third-party marketplaces.