Up to this point, every Radeon rumor has been centered on AMD's upcoming Radeon RX 6700 series. That all changed today. For the first time, there is strong evidence to suggest a Radeon RX 6600 series is in the pipeline and will be releasing soon. And interestingly enough, the Radeon RX 6600 XT may end up with the same amount of onboard memory as the Radeon RX 6700 XT.
None of these parts have been officially announced or even acknowledged by AMD, so they all rest in the realm of rumor territory. However, the Eurasian Economic Commission (EEC) website is a popular landing spot for unofficial graphics cards, that eventually end up materializing. And that is precisely where see references to a Radeon RX 6600 series.
Have a look... 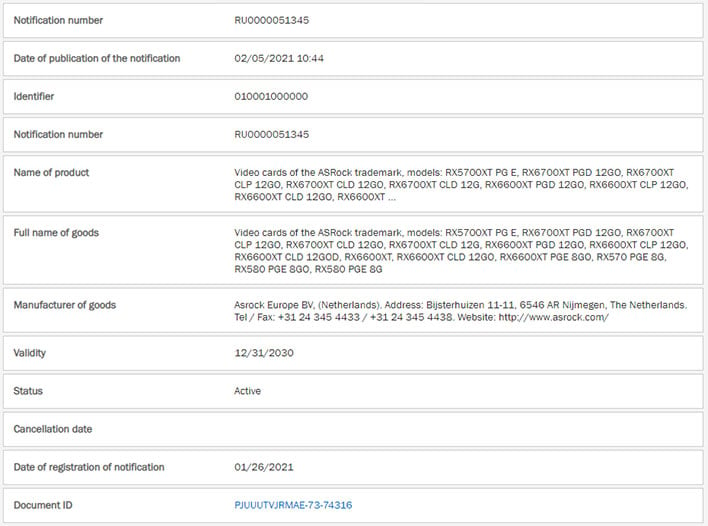