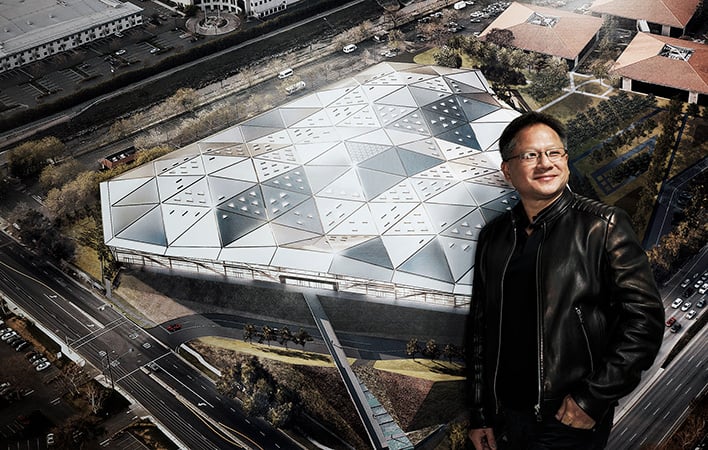 Multiple reports suggest NVIDIA is the front runner to acquire Arm Holding, should parent company SoftBank ultimately decided to sell it, in whole or in part. And at a glance, it appears to be a savvy play by NVIDIA, one that could disrupt the technology industry in a major way. But might it also be savvy for another reason? Arm co-founder Hermann Hauser has weighed in on the matter and has an interesting perspective.
Rather than leverage Arm's extensive intellectual property (IP) portfolio, Hauser suggests NVIDIA could be looking to buy the company so it can bury it.
"They are the semiconductor company that can buy Arm to destroy it—and it is very much in its interest to destroy Arm because they [would] gain a lot more than the $40 billion that they would pay for it," Hauser told NS Tech.
Arm's IP is practically everywhere these days. From smartphones and wireless routers, to wearables and everything in between, much of the mobile world and many Internet of Things (IoT) devices are powered by hardware based on Arm's designs. That includes Apple's own home-brewed Bionic silicon found in its iPhone and iPad devices.
It's not just mobile and smart gadgets, either. Apple recently announced that it is shifting away from using Intel processors in Macs and switching to custom Arm hardware. And in the data center, Ampere Computing announced in June the addition of the Altra Max to its lineup, a 128-core processor based on Arm that is optimized for cloud computing.
Arm's reach extends into multiple markets. By severing Arm, NVIDIA could effectively steal "the microprocessor crown from Intel," Hauser says, and be the top chip supplier for 95 percent of mobile phones, and 90 percent of embedded controllers in IoT devices. And there would also be the market opportunity for the data center, a sector NVIDIA is very much engaged in—it's worth noting that data center revenue recently overtook gaming revenue as the top money maker at NVIDIA.
Of course, Hauser is speculating, rather than operating off of inside knowledge. And while plausible, it is equally plausible that NVIDIA would legitimately be interested in Arm's IP, rather than cutting it off from its competitors and the rest of the world.
Hauser is not alone in his assessment, though. Arm co-founder Tudor Brown shares a similar perspective, having previously told the site he could only see a company want to buy Arm if it was wanting to gain "early access" to designs or "deprive the other guys having whatever innovations were to take place." Interesting stuff for sure.